If you’ve been following our blog since the Europe portion of our trip, you’ll be aware that sometimes we were plagued by what in Germanic countries is called Ruhetag, or rest day. One day a week, not counting Sundays, when most things were closed as a matter of course, stores and some restaurants take a day off. This was sometimes in addition to being closed on Saturday afternoons.

Well, we had been forewarned that not much was open on Sundays in Mississippi, but we were not expecting that a little bit of cold and sleet would pretty much close the entire city of Vicksburg. We understand that weather like this (the high today was about 31) is pretty uncommon for the south, but we didn’t really think the city would come to a standstill. We actually came to Vicksburg so we could have something to do when the weather was bad. Not so much. It turned out that the schools weren’t the only things closed on Thursday. Our goals for today were to do some more itinerary planning, given the vagaries of the weather, and to visit a couple of the key sights here, the Vicksburg National Military Park, and the Coca-Cola museum, which is in Vicksburg because this is the place where the tasty drink was first bottled. We got the planning done. No luck today on the others. Even the tour route through the military park was blocked off, and the city’s visitor centers were closed too. Pretty much all we succeeded in doing was driving parts of the two scenic drives offered by the city. We didn’t have much in the way of interpretive information (or detailed directions!) because we would have to get that from one of the visitor centers, but we did manage to see some cool houses and take in the majesty of the Mississippi river here. 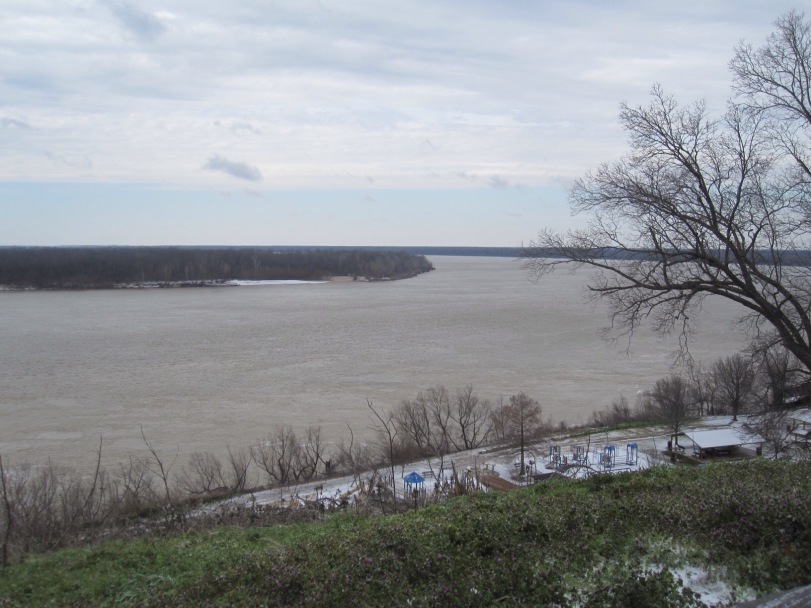 ﻿The river here was of great strategic value during the civil war because it bisected the south, and General Grant knew that control of the city was vital to his planning. So it was cool to see it from that standpoint, but the river here is very grand in its own right.

We also saw the old railroad station and some great murals. 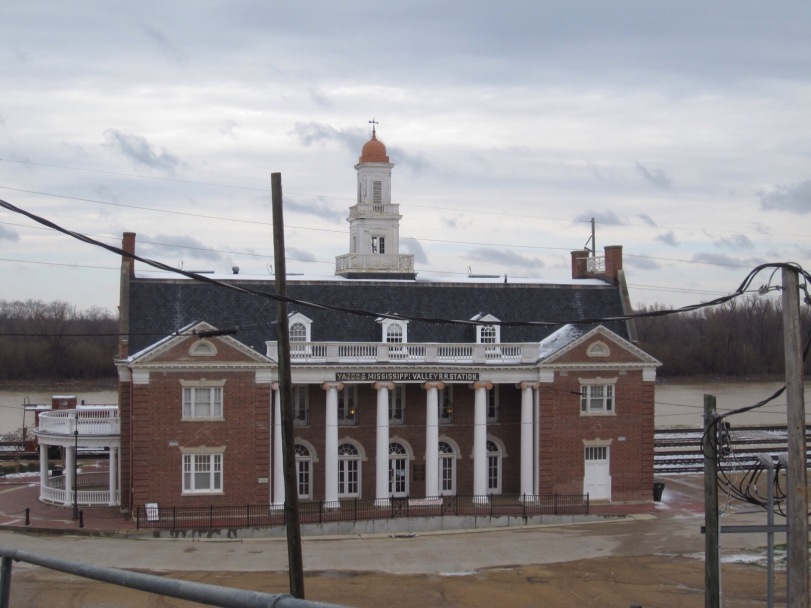 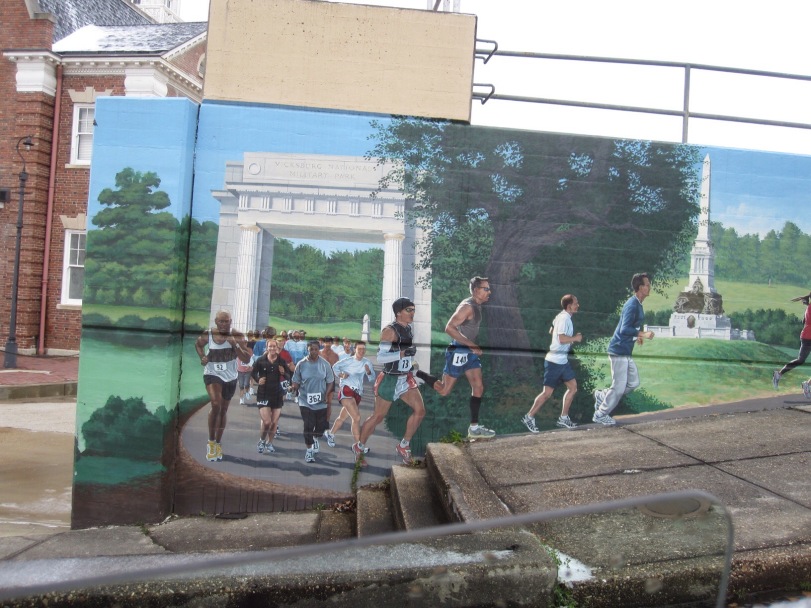 We drove on following the routes and saw a couple of cool things, including the old and new county courthouses. 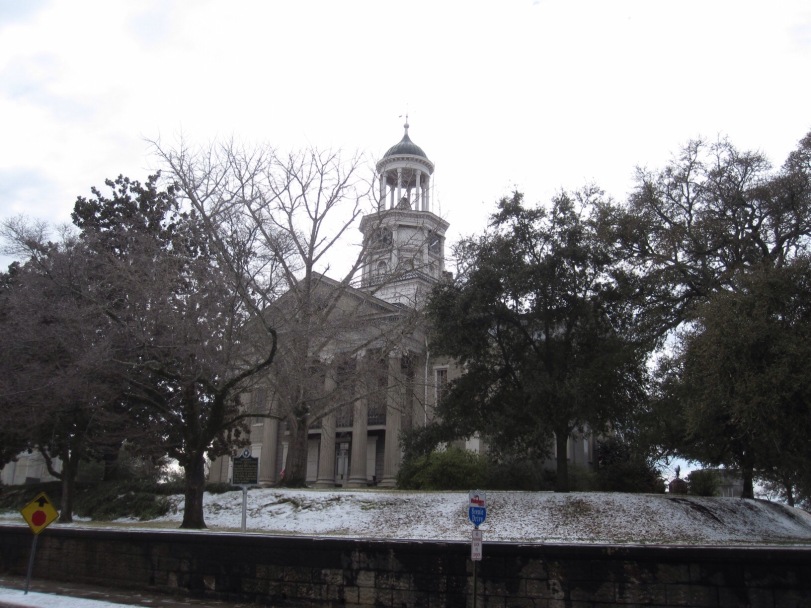 The latter was probably my favorite sight of the day even though it bears no relationship to the Civil War era. Of course I took quite a few pictures of the site. 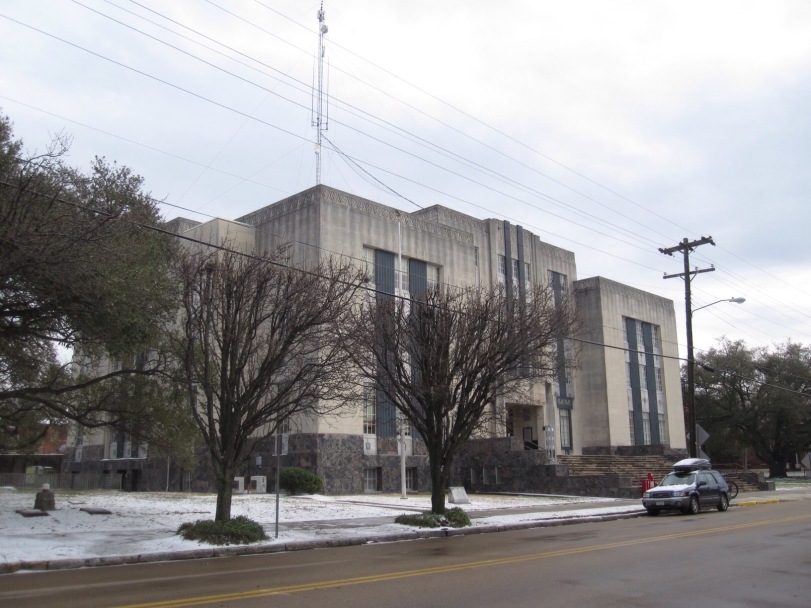 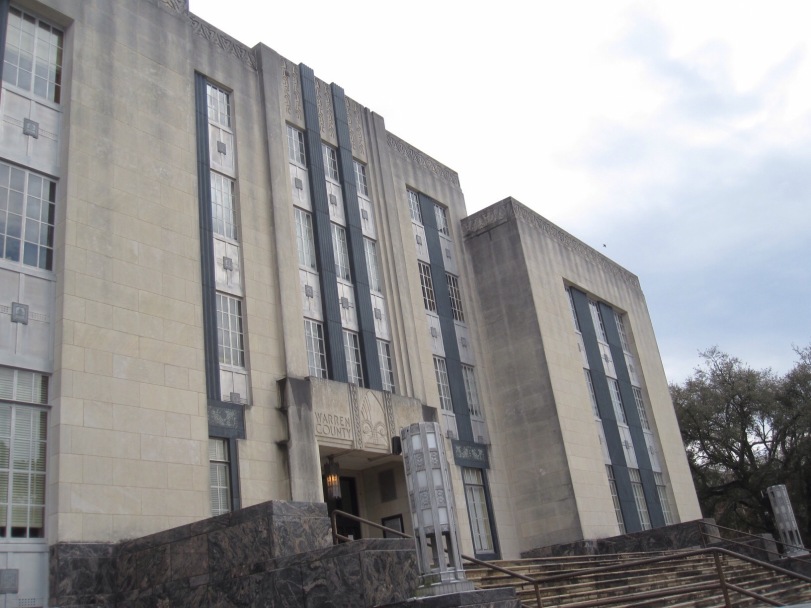 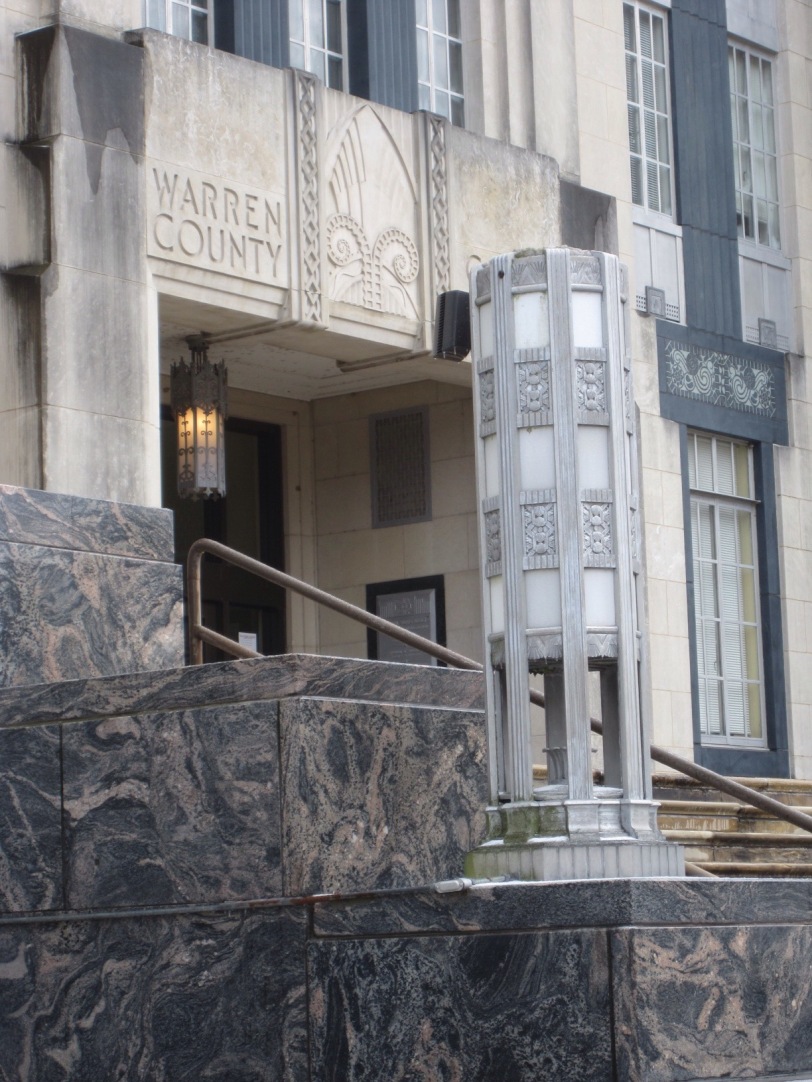 I particularly liked the detail in this picture: 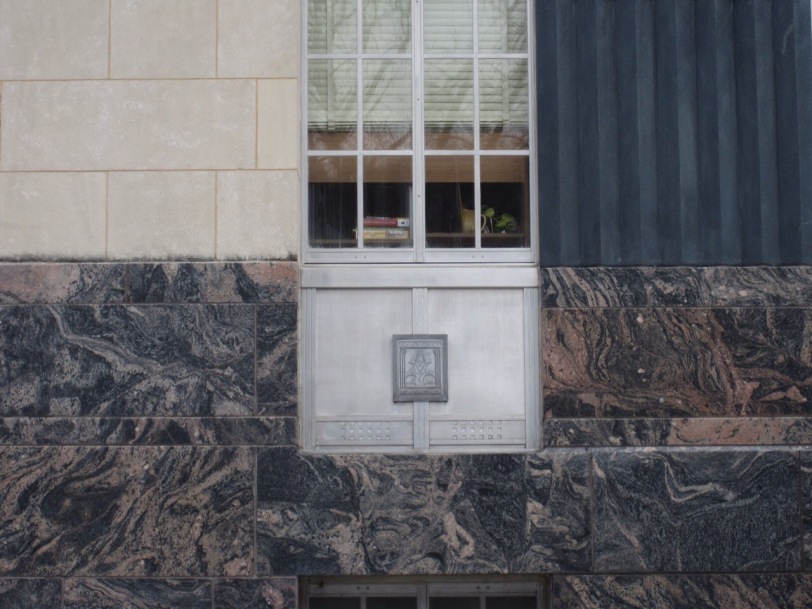 As we drove around, including through a park area, Angie pointed out that there are hundreds of memorials to different people and battalions etc. here from the Civil War. We saw many of these as we drove around. 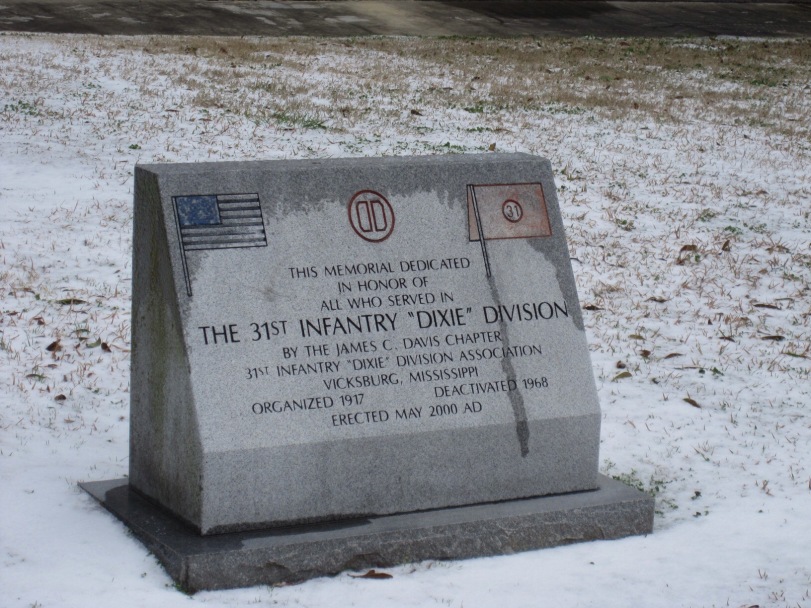 Finally, we got a kick out of these signs at some of the spots along the scenic tour: 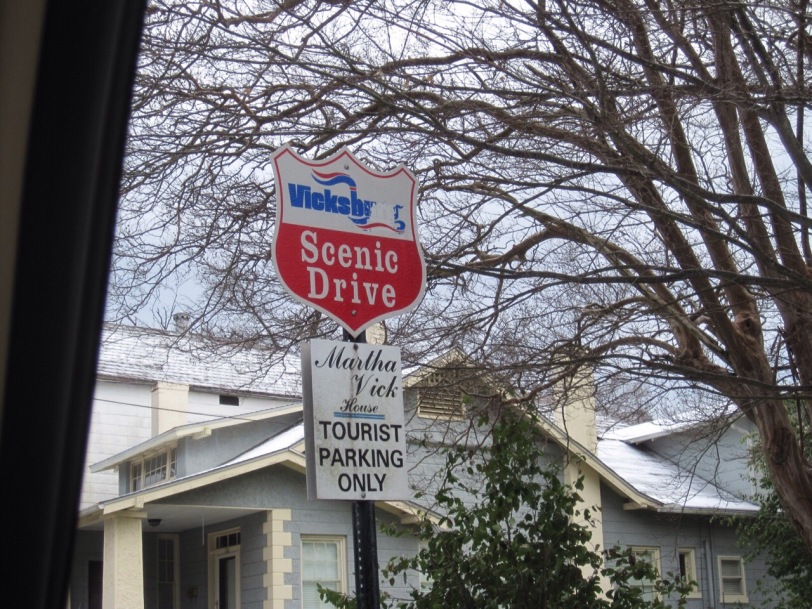 Not sure how they police this one.

So, sadly, we spent all but about two hours of our day in our hotel room. It was way too cold to be outside if there was nothing to look at, although the rain and sleet finished before noon and the sky cleared up beautifully. It’s supposed to hit the 40s tomorrow so we are going to try to get to the National Military Park and at least get a Coke float at the museum before we head to Jackson and get back on the Trace.

2 thoughts on “An Unintended Ruhetag”