A Day in the Kentish Countryside

There are hills in Kent. And as another cyclist we met at the hostel today noted, they don’t quite get the concept of switchbacks. I think I rode up all but one of the hills, if only because pushing a loaded steel bike up a steep hill is actually at least as hard as riding it up.
That said, it was a beautiful ride. Most of the country roads had very few cars, the scenery was nice, and the weather was relatively cooperative (the few showers didn’t really interfere with riding).
Here’s one of the hills we came up and some flowers at our first snack stop. 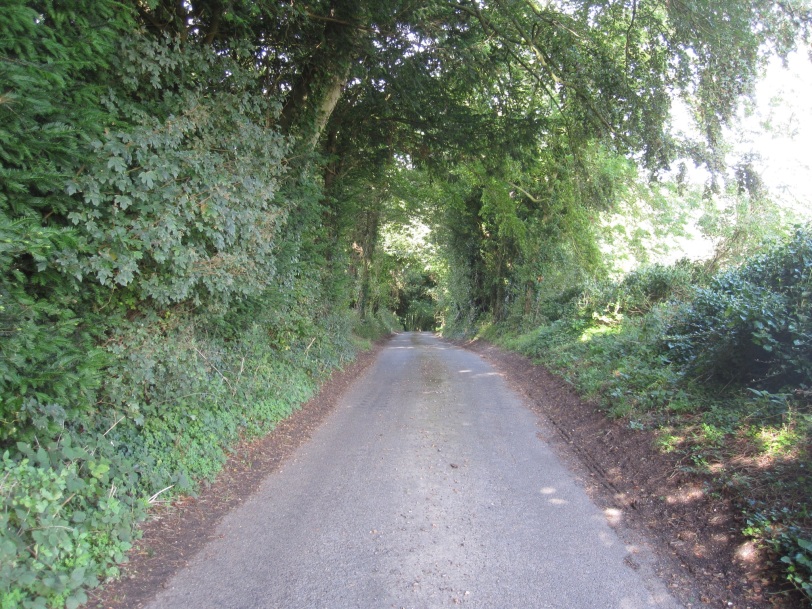 Though we enjoyed our stay at the Palace Farm Hostel in Doddington, the breakfast was continental, which we now know in cycle tourist lingo = not adequate. So, there were several snack stops on this day, none of which seemed to fill the void. The best attempt was at Badgers’ Hill Farm and Cidery. We sat down for cups of tea, a slice of quiche, and a salad. This place is quite interesting; they have the tea shop and cidery, gift shop, and a collection of farm and exotic animals (NOT for petting).

After “lunch,” we joined National Cycle Route 18 for the rest of the ride into Canterbury. A very nice section of bike trail (The Great Stour Way) was a welcome way to approach the city.

We had originally thought we might “do” Canterbury on the afternoon of our arrival, but wisely amended that plan to allow for a stopover. We were still hungry (and thus tired) when we arrived at the hostel, only to find that reception was closed from 10:00-15:00 (doh, should have checked that!) so we waited for an hour instead of venturing anywhere on our still-loaded bikes. When the receptionist did arrive (about 3:15 pm) he asked if we had a spanner (English for wrench :)) to adjust his bike seat, which appeared to be several inches too high for him. He thus became the second person in one day to benefit from the collection of tools I am carrying, since we had earlier rescued a cyclist who had a flat on a skinny-tire road bike in the middle of nowhere (read: no cell signal). He had moved his repair kit to a different bike when he had done the RideLondon Free Cycle (remember that?) with his wife and forgot to put it back on. I’m glad we were passing through–it’s not a situation I wish upon anyone.
After the seat was adjusted, we checked in for our first official HI hostel stay. Here’s our “cubby” of the 6-person dorm room. Not bad at all!

We somehow accomplished laundry, dinner, and booking a place to stay for Sunday night, but didn’t quite have the stamina for blogging. So you get two updates today–this one and Maureen’s report on Canterbury itself. Cheers!

One thought on “A Day in the Kentish Countryside”