Looking for Oprah, Spotting an Owl

Ah, daylight savings time. Couldn’t we just have it all the time and skip these two adjustments every year? This article has some really good points about it.

It seemed like it took forever to wake ourselves up and get out of the hotel this morning. We had another nice breakfast, since we weren’t sure when the next opportunity to cook would present itself. After checking out, we stopped by Kroger for supplies in case camping happened, then headed back to the Trace.

Rather than a blow-by-blow, I’m going to focus on highlights for this day. There are two major highlights. One was seeing a Barred Owl. The owl was sitting on the ledge on a bridge and of course flew off as we slowed down to attempt to take a photo. It was very cool!

The second highlight was a mini-hike through the cypress/tupelo swamp. The interpretive signs were informative and the scenery was spectacular. One of the signs pointed out that alligators (which do live in the cypress swamps) probably get their name from the Spanish “el lagarto” or “the lizard.” Others told how the swamp, and especially its plant life, changes over time. The trees and the cypress knees were almost otherworldly. 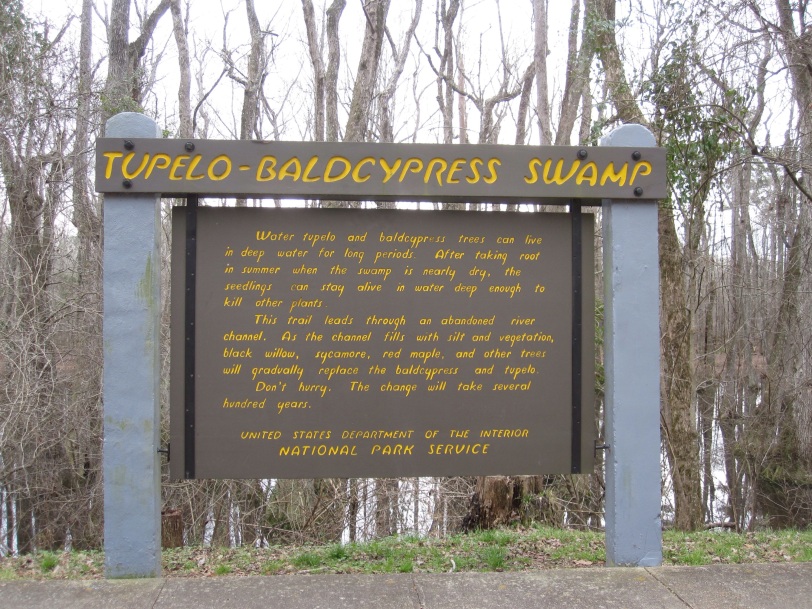 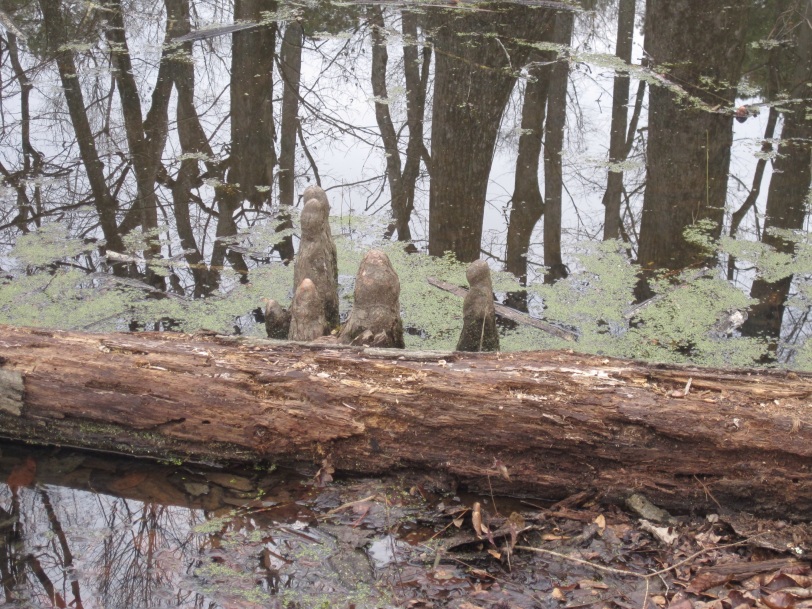 As we drove, we also considered the implications of the weather forecast, which was predicting about 6 inches of rain for the week. We had planned to camp much of the week and do some bicycling on the Trace. Neither sound promising with so much rain. So, once again, we will alter the itinerary. Rolling with it has become a theme of this part of the adventure.

Once we had checked in to our hotel in Kosciusko, we went out searching for Oprah’s birthplace. We had read that it was hard to find, and that was indeed the case. We did not find it. Instead, we visited the picturesque town square and the statue of town namesake Tadeusz Kosciuszko. (Yes, the spelling is different, due to an inadvertent omission. The pronunciation is different too.) 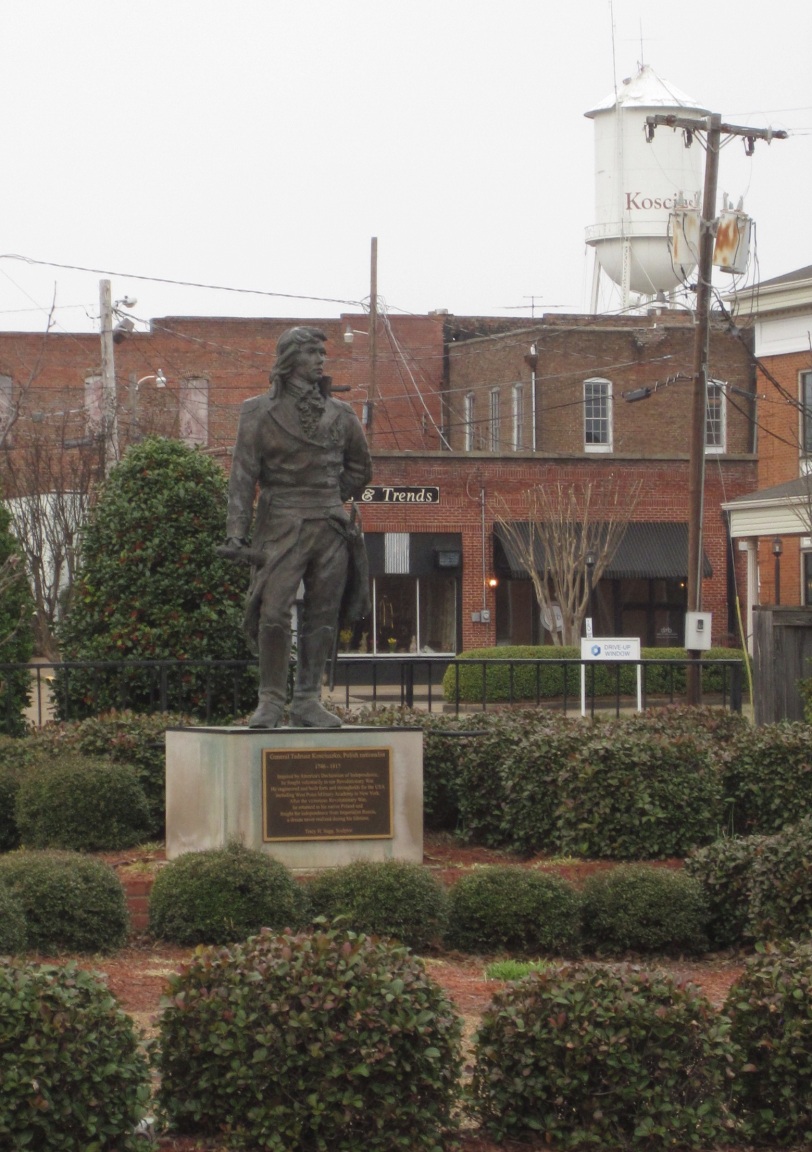 After two loops around town, we settled in for cider, leftovers, and mindless TV. Sadly, no more Downton Abbey for a while. At least we did get to see the newest Rick Steves fundraising special on Mississippi Public Broadcasting.

Here’s a bonus Rebbe photo from one of our other mini-hikes:﻿