Last Day On and Off the Trace

We started this morning in Florence, Alabama, thus checking off another new state for Maureen. Our detour to Florence was for the express purpose of visiting a Frank Lloyd Wright-designed home, the Rosenbaum House. Built in 1939 for Stanley and Mildred Rosenbaum, the city of Florence obtained it in 1999 from Mrs. Rosenbaum and undertook a massive restoration. Now the house is open for public tours. 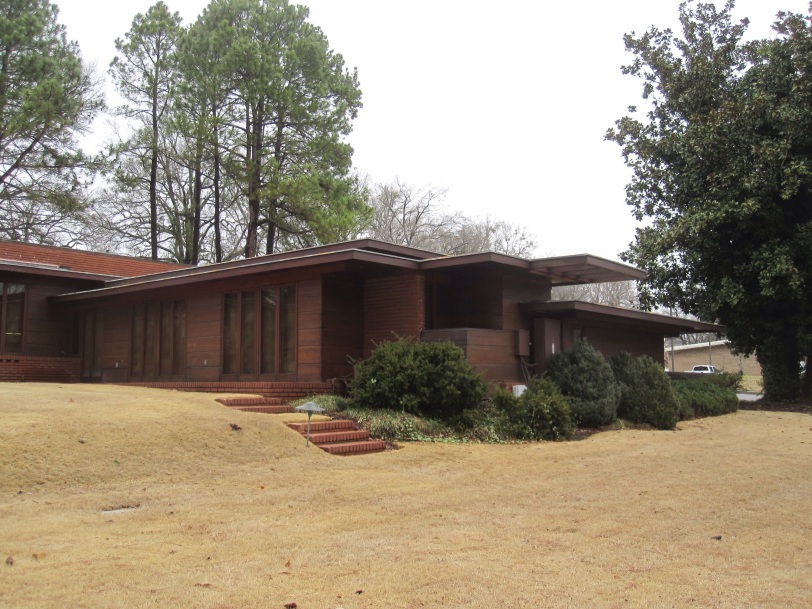 The Rosenbaum House was the second in a series of homes Wright designed to be affordable–he called them Usonian after the “United States of North America.” The houses were designed to be small initially, but able to grow if family needs required it. That makes this house a perfect example, since it was originally about 1500 sq. ft., but about 1000 sq. ft. were added later to accommodate the couple’s four sons.

My favorite features of the house were all the built-ins and the charming small office. However, I loved the whole thing! It was definitely worth the side trip and extra night. 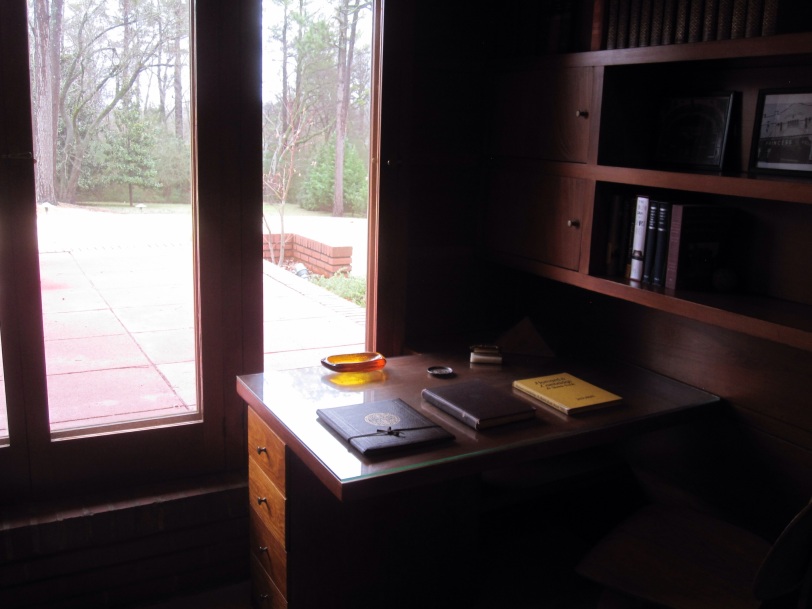 The two guides with whom we interacted (one sold us the tickets and was giving a group tour as we left and the other actually led our 3-person tour) both also provided suggestions for our last leg on the Natchez Trace. Our guide told us about a “wall” that was not far from Florence on the Trace. We weren’t quite clear on what he meant, but I didn’t remember to look it up until we were back on the Trace. We had passed it by about 2 miles, but as with Elvis, we decided to go back. We found the Wichahpi Commemorative Stone Wall and parked nearby. We were greeted by builder Tom Hendrix and his two aging pit bulls (Rebbe stayed in the car). Mr. Hendrix sent his other visitors to walk the wall and took about 15 minutes to tell us the story of his great-great-grandmother and the wall he has built to honor her. Long story short, she was removed to Oklahoma during the Trail of Tears, spent one winter there, and walked back to Alabama.﻿

Apparently, the Native Americans who were removed were given medallions to identify themselves to authorities, something I did not know before. Mr. Hendrix has his great-great-grandmother’s medallion. He started building the wall about 30 years ago, after meeting with an elder from her tribe in Oklahoma. She told him he would need to do it (build this rock wall, no mortar or anything of the kind) for the rest of his life, and so he has. It is recognized as a spiritual site. Roseanne Cash refers to the wall in her recent Grammy-winning song A Feather’s Not a Bird. I found it impressive, particularly in its size and the work and devotion put into it by its builder. Apparently other people do too, because folks have brought him rocks and mementos from around the world.

﻿Most of the driving on this last portion of the Trace was unremarkable. It was more clearly winter than on the more southern stretches, and there were fewer things to see and read. Also, the informational signs were not as nice as those in Mississippi. You had to get out to see them and they were quite time- and weather-worn.

One interesting stop was Meriwether Lewis’ grave. It’s one of the more developed areas in the park, with a campground, picnic area, restrooms, and information (open only on weekends). Cyclists beware, though, the actual campsites are nearly two miles from the Trace turnoff. Lewis himself died under mysterious circumstances near this spot. He was traveling from the Louisiana Territories to Washington, DC along the Natchez Trace to deliver some documents and resolve disputes about expenditures. Whether he died by suicide or homicide–it is still unclear–it was a very sad end to an accomplished short life.

﻿We skipped or drove through many of the “points of interest” on the last portion of the Trace. There were two scenic drives–short, narrow sections more closely following the original Trace–that we did take. Both had nice views, but the first one was in much better condition.

﻿Also, there were two great waterfall stops, each of which required a little hike, much to Rebbe’s delight. The first was Fall Hollow, which for some reason reminded me of hot springs in Costa Rica. It was underlain by slabs of stone, as you can see in these photos.

The second waterfall was Jackson Falls. This area had the most cars and people that we have seen anywhere along the Trace. It was running rapidly and worth the steep walk down for the nice view.

One of our last stops was a little detour recommended by the second guide at the Rosenbaum House. The little town of Leipers Fork has several galleries, some curio shops, and a rare book store. Yeoman’s in the Fork was the focus of the recommendation and it was indeed interesting. The house it occupies was built in 1881 and is listed on the National Register of Historic Places. The rooms have beautifully built shelves and cabinets holding book and document treasures that are clearly the focus of the owners’ passions. ﻿

That done, we returned to the Trace. Shortly thereafter, we crossed the fantastic Birdsong Hollow double arch bridge. 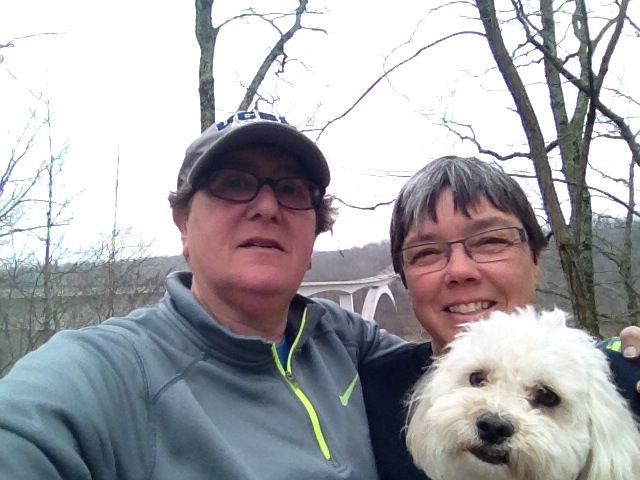 The end of 444 miles on the Natchez Trace was, as we anticipated, a bit anticlimactic. We were pretty much dumped onto another road and had to figure out how to get headed towards Nashville. And another Choice hotel. No concluding remarks here–you’ll have to wait for the overview post for that 🙂

2 thoughts on “Last Day On and Off the Trace”