Some reflections after Palm Harbor

We finished what we think is really our final stay in Palm Harbor on this adventure.

As usual, we had a lovely time and were made to feel most welcome by Doris and Bill. We did the usual sorts of things we’ve gotten used to doing there: Taking walks down to the water to watch the birds and crabs and fish and just enjoying the area by the water. This time, we had to focus on going early enough in the day to beat the heat, but we had some great sightings, including more leaping fish and a new kind of heron, we think a green heron. 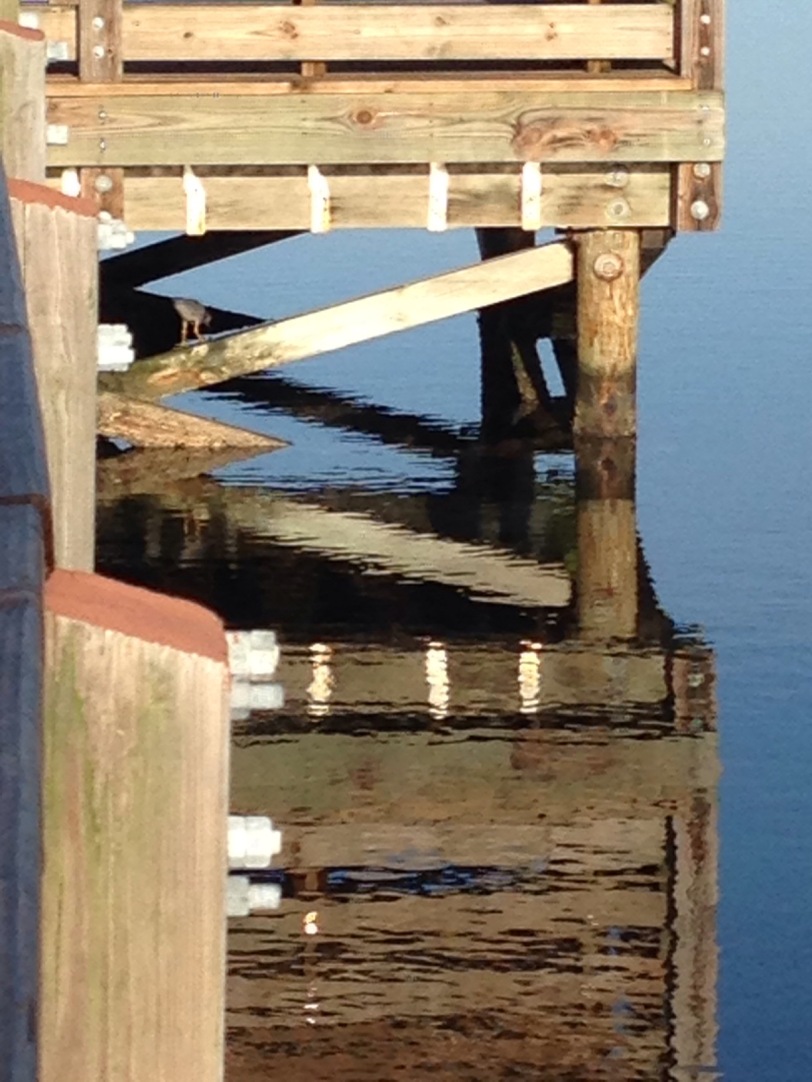 We also had our usual fun dining out experiences, including one more trip to Molly Goodheads. For the first time, we sat outside to eat and were treated to music from a live band. Fortunately, they were playing at the restaurant across the street so we were able to enjoy the music while still being able to hold a conversation.

One evening, Bill had another obligation, so Doris, Angie and I walked to a pizza joint in historic downtown Palm Harbor, which is, well, about two blocks from the house. We had a wonderful meal. Angie and Doris shared a pizza with artichoke, chicken and goat cheese. I tried a little of it, but since I don’t like goat cheese cooked, I didn’t eat much. We also each had a house salad but I had mine with add-ons, including smoked salmon and (not cooked) goat cheese. In addition, Doris had some wine and Angie ordered a beer taster flight. One of the highlights of this was a pineapple cider, which was really good. Angie also tried a coconut beer and an espresso beer. She liked them both as samplers but said she wouldn’t necessarily want a whole pint of either of them.

One of the things we thought we were going to have to do while in Palm Harbor was ship a bike trailer back to Angie’s parents. We had borrowed it from them and brought it from Ohio expecting to use it when we got onto the self-contained part of the trip, but we decided not to undertake this stage for various reasons, including some Angie laid out in an earlier post, and our overall desire to be in something resembling our own space again. We tried to figure out a way we could pack the trailer into a box, and were getting ready to make our own box out of  bike boxes when we checked what it would cost to send a box of these dimensions via FedEx: basically too much. So, we decided to try to see if we could fit it into the Subaru Forester that we are driving back to Colorado (Angie’s trusty car for many years now). Angie is an excellent packer, so she was able to make it fit, even with room to see out of the rear window. We will take the trailer back to Ohio when we go out there for Angie’s parents’ 50th anniversary celebration in July.

We haven’t spent much time on this part of the trip thinking about what our plans are one the gap year is over. However, this escape from “real” life has given us a chance to free our minds about what we want to do with the next stage of our lives, to the point that we are sure that neither of us wants to go back to the same careers we had before, though I may do some consulting, since I’m still getting requests for my expertise in the translation and localization industry. Angie noted that the time we’ve spent with our retired relatives during our adventure has helped to confirm that we did the right thing by taking this time now to do what we wanted, perhaps even if we still aren’t quite sure what does come next. We have some ideas about that, which have to do with bicycling and the Central coast of California. We are hoping to give that some more definition over the next couple of months.