My second full day in Vancouver, the 30th, was great for several reasons.

I got up early enough to see a wonderful sunrise, despite having had a restless night after being woken at 11:40pm by a small earthquake. It was centered closer to Victoria, B.C. but I definitely felt the swaying on the sixth floor of the complex where we’re currently staying,  close to the campus of the University of British Columbia. Funnily enough, neither Angie nor Greg felt it, even though they were both also on the 6th floor. I think Greg was a bit disappointed that he missed his first earthquake!

After a light breakfast, Angie and I met up with her father to take a walk. This was very exciting for me because we got to walk in Pacific Spirit Regional Park. This is a park that covers some of the area on the peninsula where the University of British Columbia is situated. There’s more to it than we’ve seen, including beaches, but we’ve really enjoyed walking in the forest area of the park during our visits to the area. 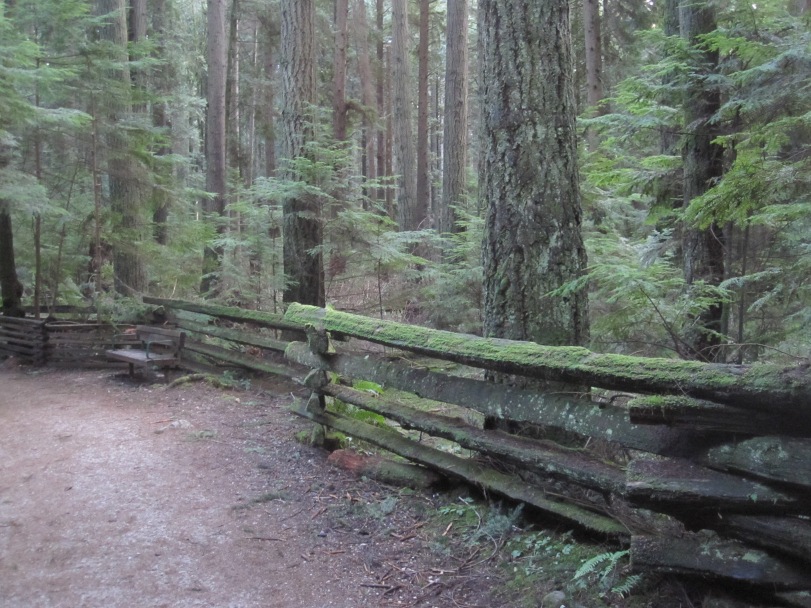 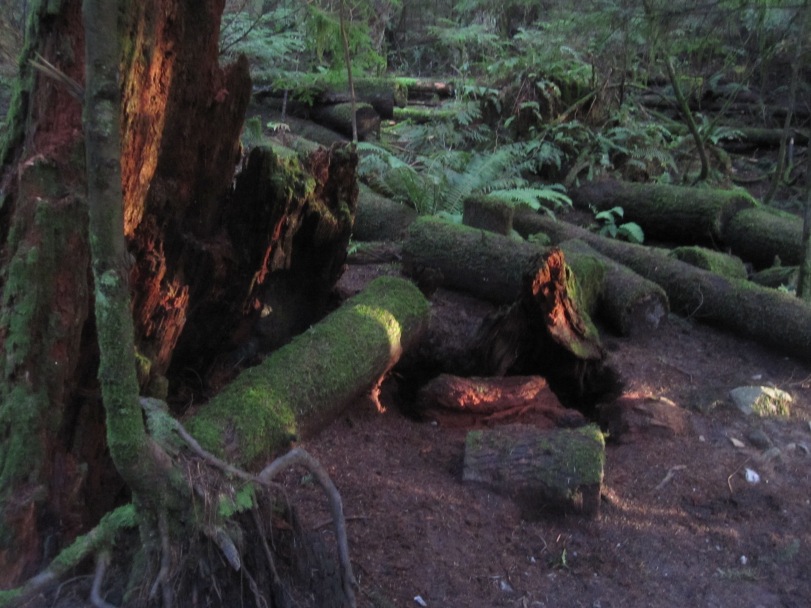 Angie had been lucky enough to walk in the park twice already on this visit, before I arrived in town. We’d walked there a lot when we were visiting her brother last year, and I’d been excited about walking in the park again this time. I think it was colder than it was last year when we walked in the forest, but less muddy (since we didn’t see much rain on this visit), which was kind of a plus, and we didn’t have to worry about cleaning a muddy dog up this time. We walked for over three miles and it was very energizing, especially after walking on the concrete of the central city for a big chunk of time the previous day. There were a lot of people out and we saw tons of people walking dogs but not many birds. Angie and her dad had seen some interesting birds on their walks earlier in the week, but they had gone out a bit earlier in the mornings, when birds are more likely to be out and visible. Most of what we saw was a bird the size of a starling, but with stripes on its eyes and speckles of the same color on its body. My bird apps didn’t help me figure out what they are, despite clearly being a common bird.

We did see some interesting fungus on some of the trees. I’ve tried to identify this too, but haven’t had any luck yet. 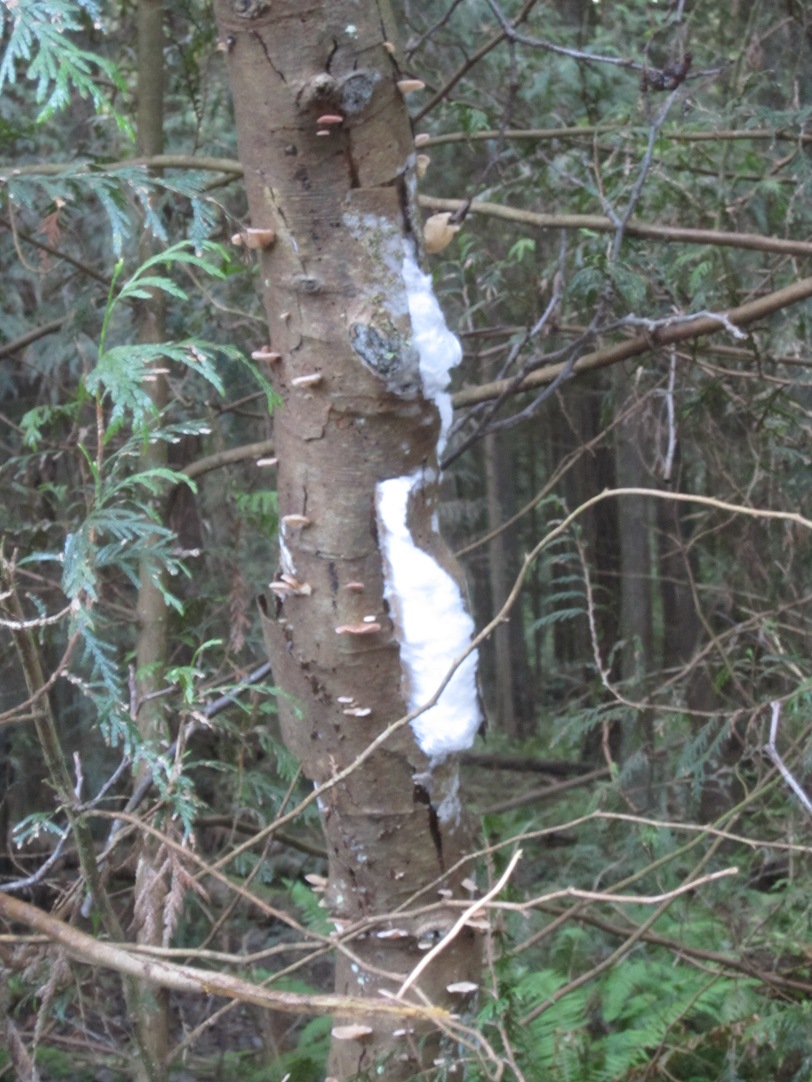 Angie and I were in charge of dinner on Wednesday evening, and made one of our favorite recipes, caldo verde, along with a rerun of the gougères we’d made on Christmas eve, which came out very differently in the damper Pacific northwest, almost like pancakes, but tasted just as excellent. We’d need to dry them out more next time, which is done by stirring the dough in a saucepan over a low flame. I think the meal was generally well-received, though it was challenging for Angie’s dad to pick around the kale in the soup, since this is not one of his favorite vegetables.

On New Year’s eve we had many chores, but were planning to end the day with a celebration, including roast duck, which is something of a tradition for Angie and I on Christmas day, and the second year in a row we’ve prepared it in Vancouver. We saved it for New Year’s eve this year because Angie’s parents were leaving early and are not huge fans of this meat, which is an acquired taste for many.

We were moving accommodation for our last night, since our initial hosts were coming home and wanted their apartment back for some reason! However we were able to get out with the family once we’d taken care of the chores and had moved our belongings to the apartment where we were staying for our final night.

Angie’s parents had left really (really) early, but there were still 5 of us plus a baby. Since we wouldn’t all fit into Brad and Corrine’s car, Brad and Angie picked up a Car2Go and met the rest of us at the place we were going for lunch. Angie wrote about this in her last post. The place we were going, The Fish Counter was more like a “chippy” than any fish and chip experience I’ve had in the Americas. It was also probably the best fish and chips I’ve had outside England. Ever. This was a place that Brad and Corrine really like, in one of their favorite neighborhoods in town, known as Main Street.

The space is mainly taken up with the counters at which you order or where the food is prepared. It’s a fishmonger as well as a chippy. There isn’t much in the way of indoor seating, but given how cold it was, we  were happy to find some indoor perches for ourselves to eat our meals. Angie ordered the cod, and I ordered the salmon. I think Corrine had the Ivory Spring salmon, which is apparently a genetic aberration that doesn’t hold pigment, so the salmon is less, well, salmon-colored. The fish was fried in batter (a gluten-free version is available) and it was fantastic. Back in England, especially around London, you can find fish fried in matzo meal, which I like, but that’s probably not so common over here. However, in this case the batter was light and not greasy, and totally enhanced the flavor of the fish. Greg also asserted it was the best fish and chips he’d tried in North America.

My research on The Fish Counter has determined that the delightful man who served us and took care of cleanup after I spilled my soda on the floor, is one of the owners, chef Robert Clark. He’s a apparently a key player in the rise of the sustainable seafood movement in Canada. He was so lovely and jovial that it made the experience even more enjoyable. His comrade in arms, Mike McDermid, was behind the retail counter, and was also extremely friendly. Mike is a sustainable seafood expert himself. We really enjoyed the experience and the food.

This is Robert. Really nice guy.

After lunch, Angie, Greg and Brad went off in one direction in the car to run some errands, while Corrine, Hazel and I bussed off to run another errand. This enabled me to to see a bit more of the city and spend some quality time with Corrine and the baby (though the baby slept most of the time). 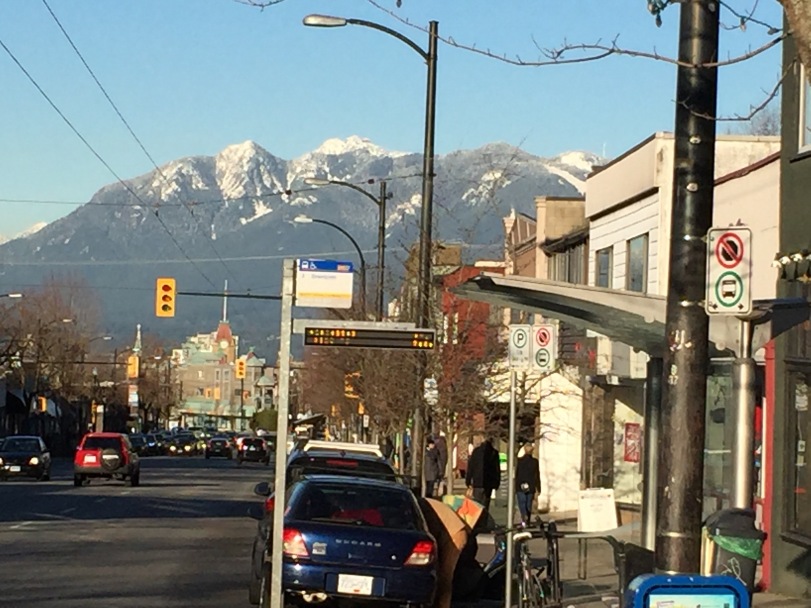 We enjoyed the excursion, especially some of the icy leaves we found on the ground as we got off the bus. 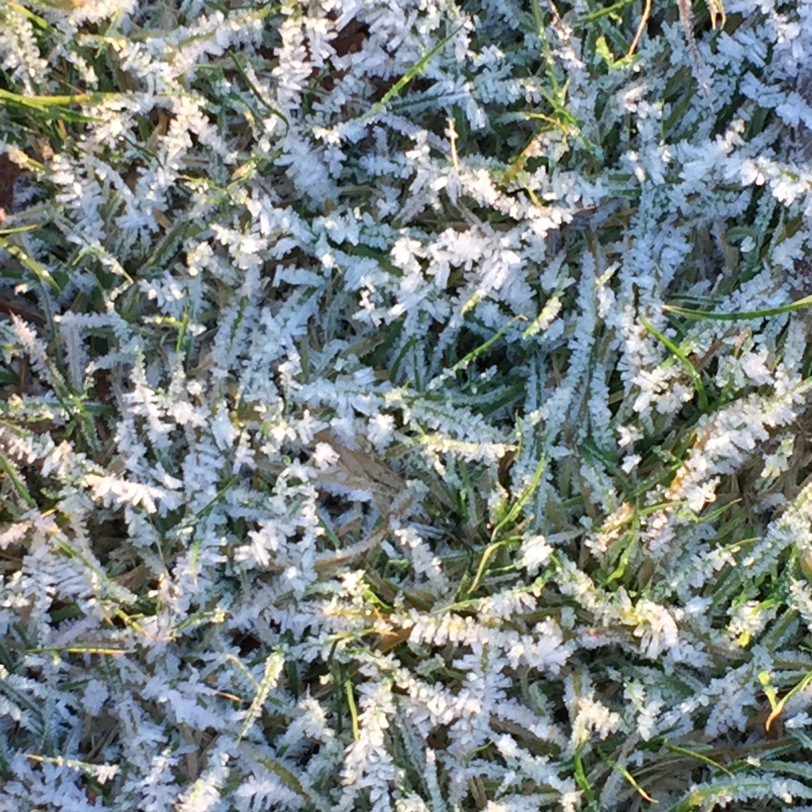 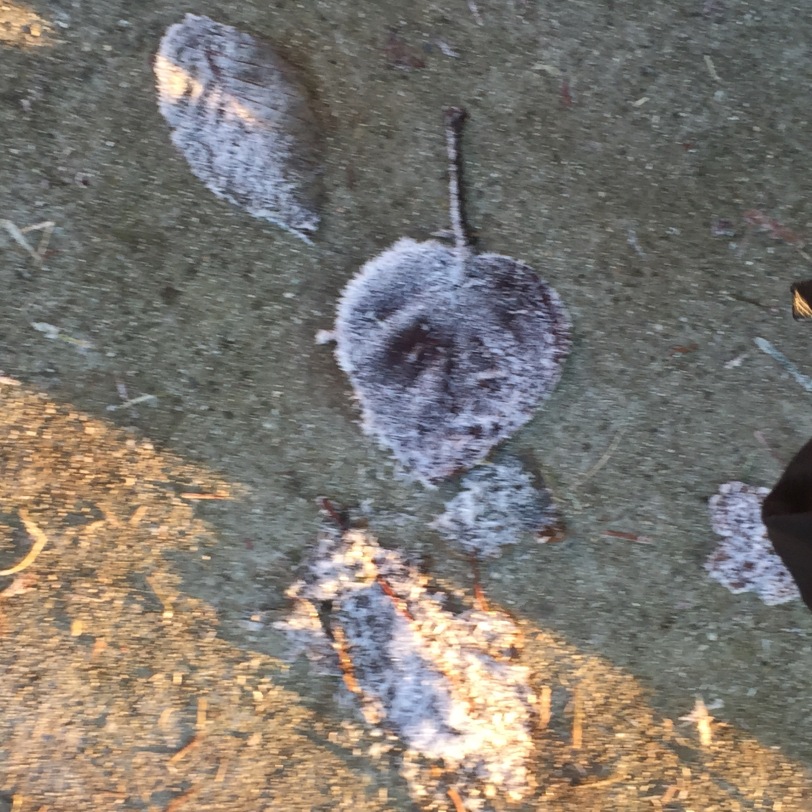 By the time I got back to Brad and Corrine’s flat, Angie and Brad had the duck cooking under control. The recipe we use is from the Joy of Cooking, and it uses a variation on orange sauce that we much prefer, including orange liqueur as one of its ingredients. It came out really well, served with a cauliflower-mashed potato mix, roast broccoli and one other thing I can’t remember. It was delicious. A fitting way to see out what had been a pretty spectacular year in which Angie and I traveled to 28 American states and DC, two US territories, several Caribbean Islands, had a lot of awesome experiences with friends and family from Florida to Seattle, and finished up the year where we spent some of the last days of 2014, in Vancouver with family.