It has been such a busy summer of new experiences for both of us. This one counts as new experience #42 for Angie. Since it was quite a few weeks ago it’s hard to remember all the details but I will try to tell the story as best I can of our first time visiting the Colorado State Fair (actually branded as Colorado’s State Fair), which is housed in Pueblo at a dedicated fair ground. I’m not sure I’ve even been to a county fair before, but I have been to the National Western Stock show in Denver.

Our visit to the fair was instigated by an offer to Angie from one of her coworkers to join a Colorado State University-Pueblo (CSU-P) alumni event. This provided us with a deal for tickets that also gave us admission to an alumni reception in the Budweiser Rodeo Arena along with food and drink (non-alcoholic). There was a bar downstairs if beer was wanted.

We parked in one of the fair’s parking lots (#30 the map below). On some evenings the fair offers a shuttle from a parking lot closer to downtown (and by extension closer to our current house) but this was one of the evenings on which the producers of the show did not expect a big crowd so the shuttle was not running. 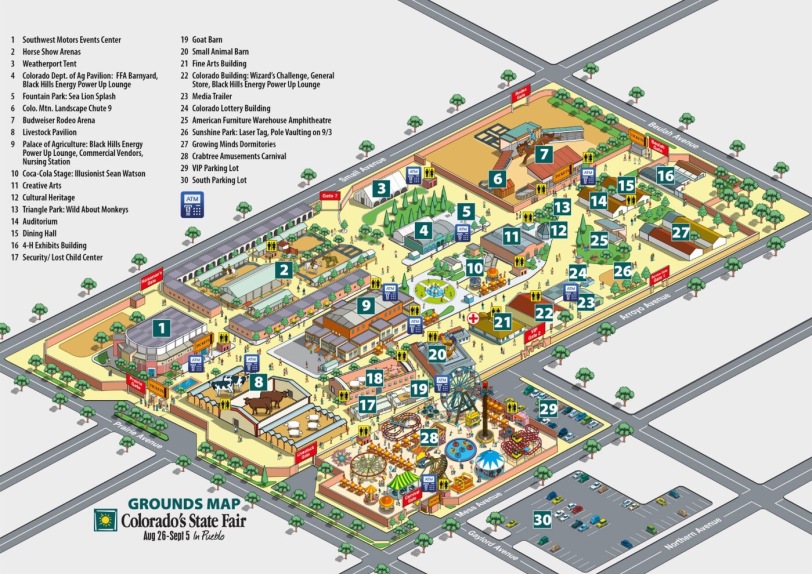 The parking lot turned out to be near the entrance that was the furthest from the arena (#7 above). This enabled us to work our way through the state fair grounds and scope out the offerings. On this visit we didn’t need the food and were not especially interested in the midway. Rides that make one scream and feel nauseous are just not my cup of tea. We did go into some of the exhibit halls on the way over, including the Palace of Agriculture and the fine arts building. As you might expect, like a county fair, many of the exhibits at a state fair are related to agriculture, including 4H and FFA exhibits. There’s also the arts exhibits, always interesting. I have some friends (and their kids) who enter in some of these events (and win) and I know some folks are very dedicated to such competition.

We decided we could look at some of the exhibits on our way out too, but we did enjoy seeing some of the animals and art on our way in. Angie particularly enjoyed seeing the cattle dog puppies.

Some of the sights in the fairground 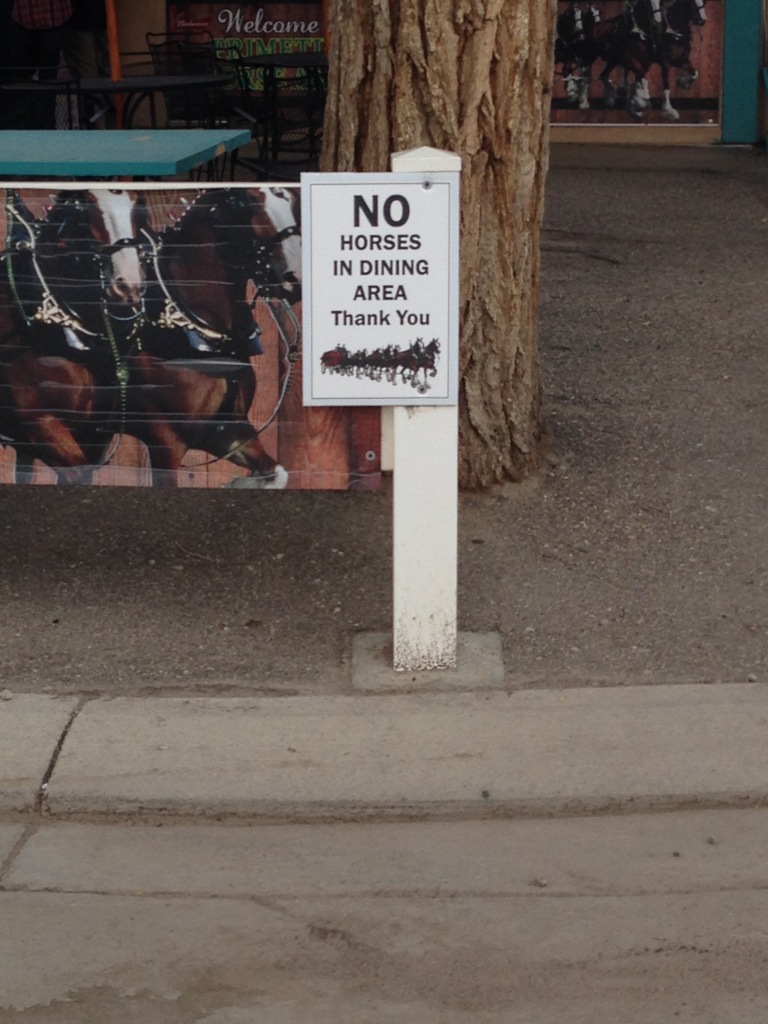 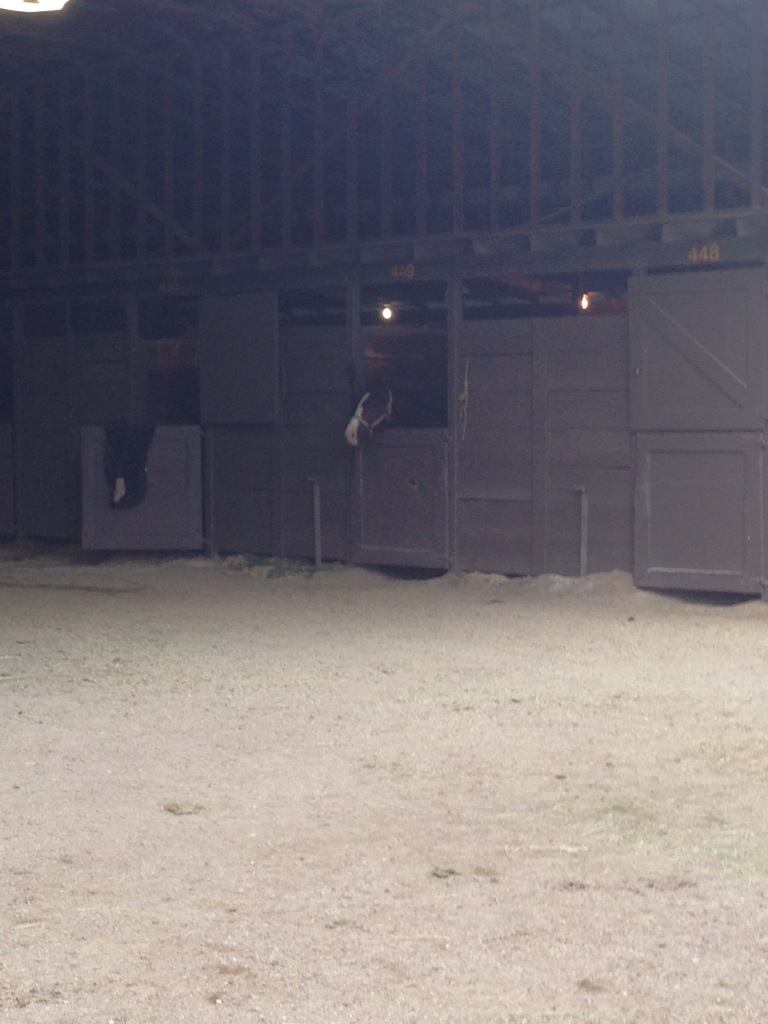 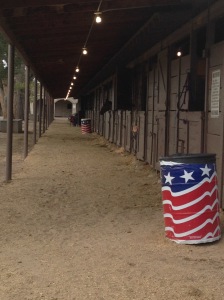 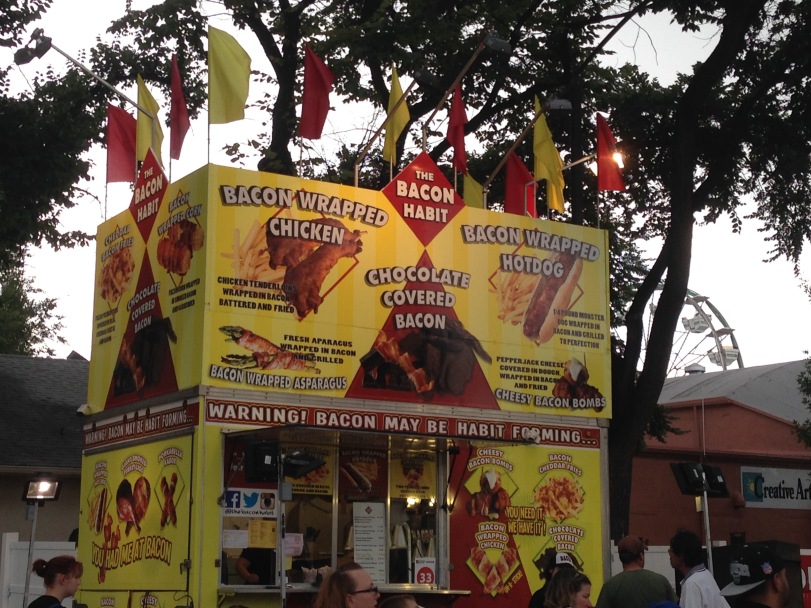 After a little while, we reached the arena and took the steps up to the section where the reception was being held. It wasn’t terraced, so we knew it would be slightly challenging to watch the rodeo events, but we knew it could still be interesting.

Angie didn’t know many people at the event, other than the person who invited her, but she gave us a lovely welcome. The event was catered and the spread was attractive and satisfying.

It started raining quite hard after a while (not in the forecast) but the show went on anyway. We did watch a few of the events. Things like bronc busting and bull riding are not really my cup of tea, since it seems pretty cruel, but for some reason, I do find things like calf roping kind of fascinating. We were on the same side as the scoreboard, so we were unable to see the scores. We left before all the different events were over, once the rain had stopped, and didn’t see any barrel racing, if there was any on tap that night. That’s definitely the event I like the best so it was a bit of a bummer. We did stay long enough to see Jake Jabs, a Colorado institution, and the founder of American Furniture Warehouse, parade through the arena in a stagecoach, along with a performance from the CSU-P Cheerleaders and dance team. 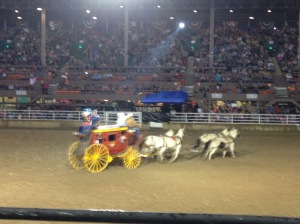 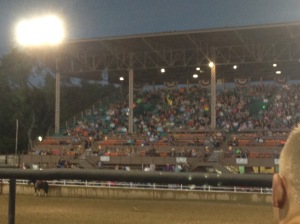 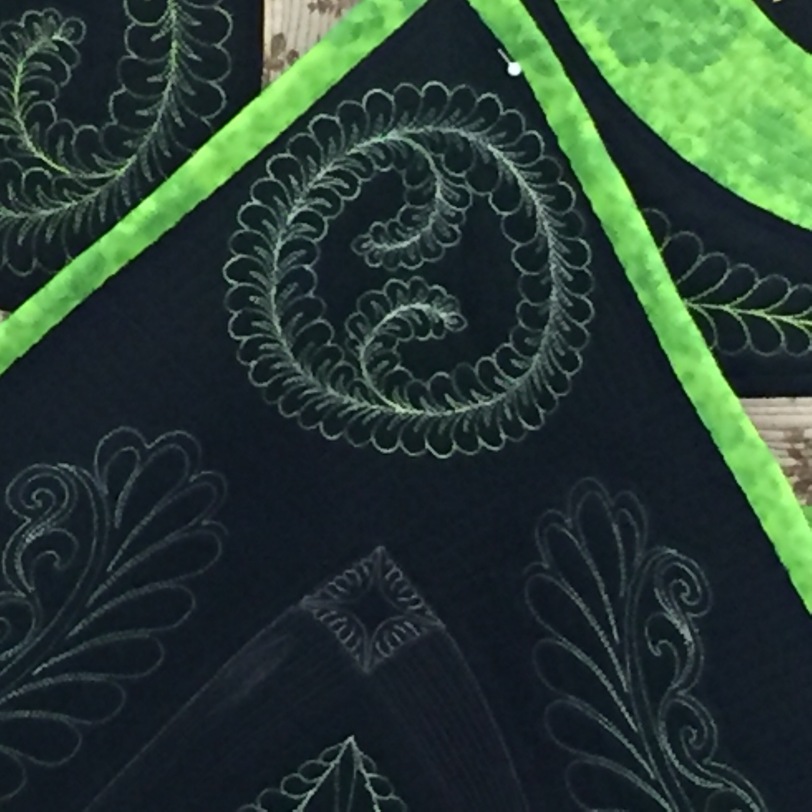 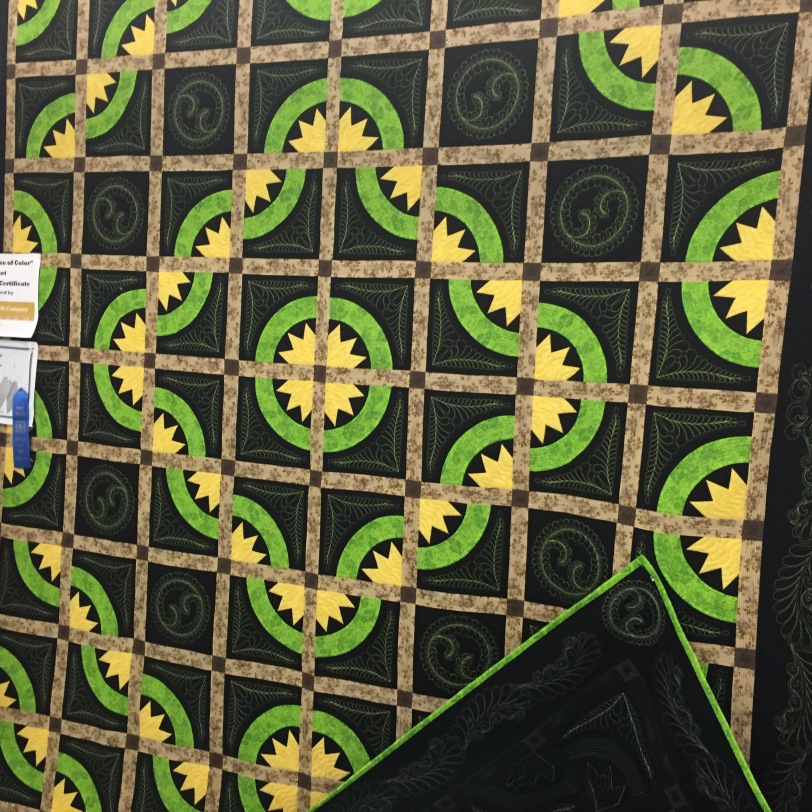 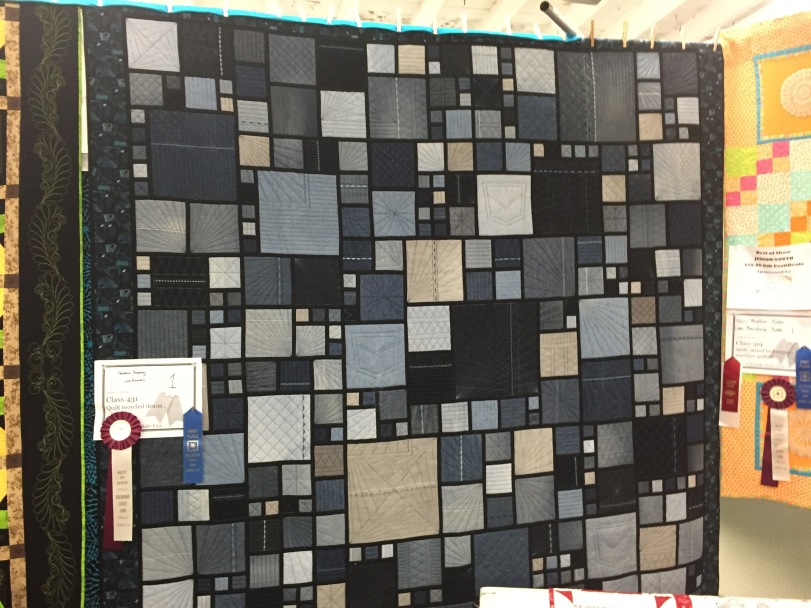 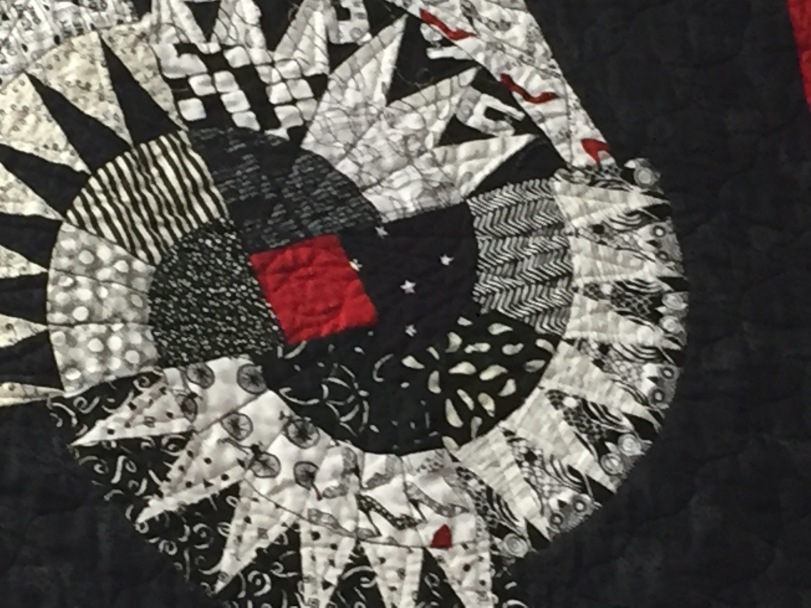 We also looked at some of the small animals on the way out, including some really lovely birds and bunnies.

We were glad we checked this event out. Angie’s not sure she needs to go again, but I might be interested to attend every so often. I’d be interested in learning about the judging events and going to some of them some time.