We left Carpinteria on Wednesday morning to drive to Monterey. I was a bit sad to leave Cece’s and the school because I always have such a good time there/with her. Unfortunately we haven’t had time to spend as long as we want with people or in places, or to see everyone because of our plan to reach Vancouver before the holiday, but we’ve had some good times and hanging with Cece is always a treat.
We were aware that a really big rain storm was due to hit around the Bay Area by Wednesday night or Thursday morning, so we wanted to get the big coastal part of the journey safely out of the way. It actually turned out to be an even wiser move because the impending storm made the scenery along the central coast and in the Big Sur area even more dramatic than usual. We stopped at a few places along the way, since there were parts of the coast that Angie had never been to. We also took a side trip to Paso Robles to check out an RV (too small), that actually provided us with a route back to the coast on highway 46 that was spectacularly beautiful. Sadly, we had to keep moving, so we didn’t get any pictures, but I highly recommend taking a drive along that route some time. If we hadn’t detoured to Paso Robles we would never have seen the awesome scenery on this route.
The other highlights of the drive included a stop at the Piedras Blancas rookery, where we got to see the elephant seals. They come on shore at this time of year to breed. The first step in this process is for the males to battle for dominance and the right to mate with the females.

All the other seals seem to mainly just lay around on the beach. It was pretty cool to see all this. We walked along the boardwalk a bit of the way to get a better look. We are not sure what Rebbe thought of it all. 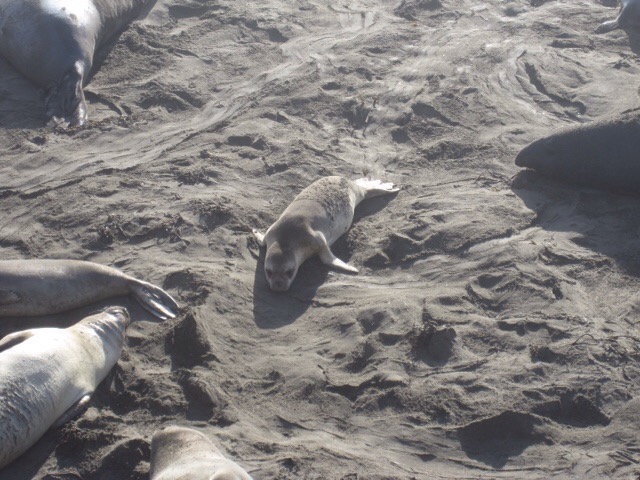 The other main highlight of the drive was the spectacular scenery. I’ve done this drive a few times, but I’m not sure I’ve ever seen it look better, and it was a great first look for Angie. The waves were pretty huge too, though this is a bit hard to see in the pictures. 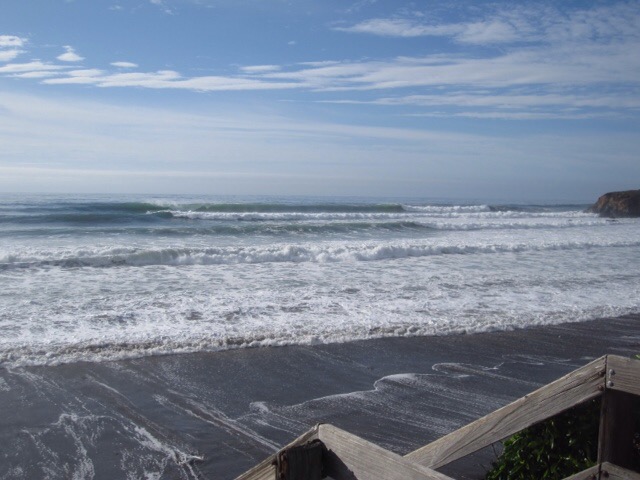 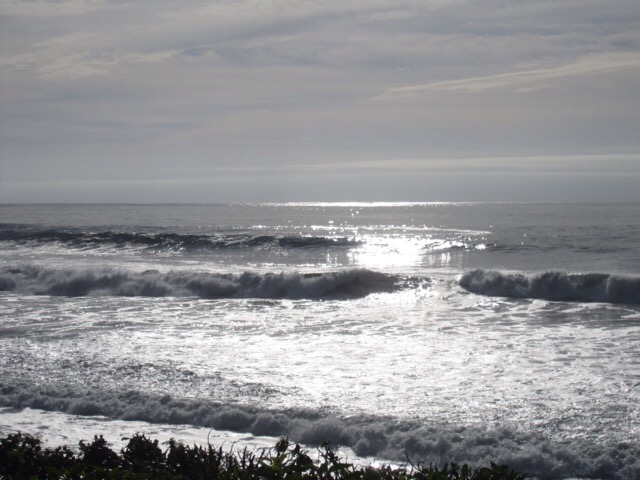 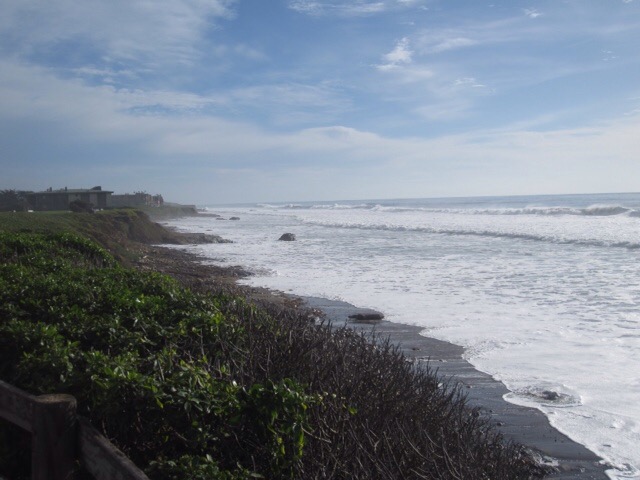 We really thought we’d seen the best the coast had to offer by this point and I even said to Angie that we were not likely to see another of the many spectacular sunsets we’d seen throughout our adventure, given the clouds. Just moments later I looked behind us, and the sun had broken into the gap between the cloud and horizon. What a way to end our drive. 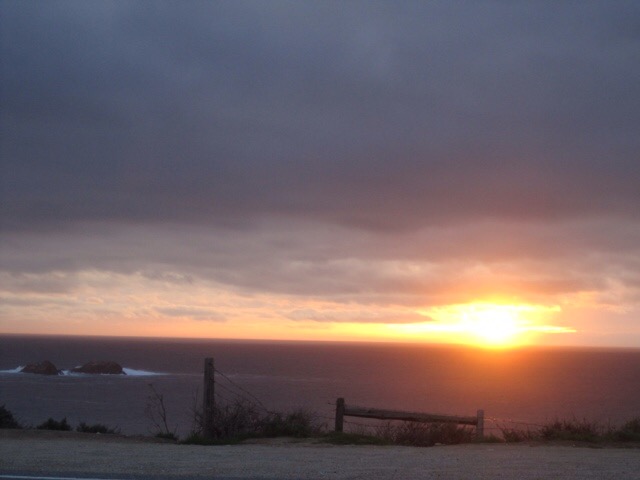