One of the benefits of my “50 New Experiences” challenge last year was that it made me much more likely to say “yes” to new and different opportunities. Two such opportunities presented themselves a few weekends ago, right here in Pueblo.

A couple months ago, one of the Southern Colorado Trail Builders’ (SCTB) officers (who works at the zoo) suggested that the club staff the bike valet at the Pueblo Zoo‘s Brew at the Zoo event. Several members, myself included, immediately volunteered. What’s not to like about craft beers at the zoo and interacting with other local cyclists?

As it turned out, the day was not conducive to cycling. We woke to one of Colorado’s somewhat infamous spring snowstorms and no power in our rental home. 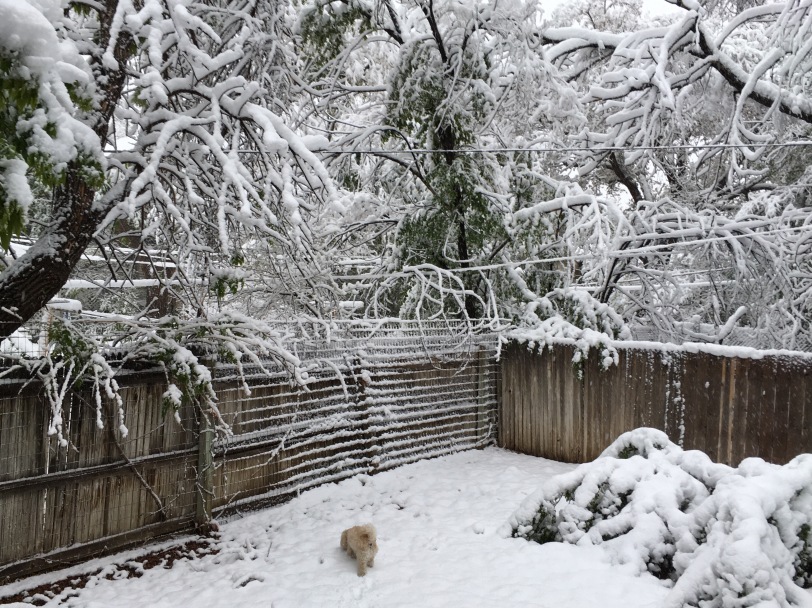 The event, though, was still on. Brewers were booked and tickets were sold, so there could be no cancellation or rescheduling. Big props to Zoo employees, who had to figure out how to condense a zoo-wide event into a tent and a pavilion due to dangerous conditions on the grounds (spring snow tends to break trees…).

SCTB still ran the bike valet, which attracted two riders. The club also had a table in the pavilion, where we told attendees about local trails and club events and raffled off a bike rack from Saris. The Zoo treated volunteers well, providing shirts, glasses, snacks, and event entry (after your shift). 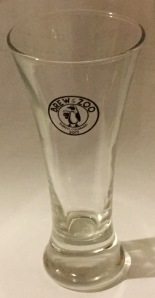 There were 12 breweries offering samples, up from 5 last year. I had a sip of the Avery Perzik (Peach) Saison, which was excellent. Despite the snow, nearly 500 people attended! I am really looking forward to next year’s event, and hope that (a) some out-of-town friends and family will come down for the weekend and (b) it doesn’t snow.

The next day, after a sleepover and lovely brunch with friends since our electricity was slow to return (it did come on around midnight after we were well settled), I went to a mala-making class. The class was hosted by one of our great local yoga establishments, Studio Share, and taught by reiki master Jessica Patterson from Colorado Springs. I had debated whether to go for some time, but finally decided to just go for it. I’m glad I did.

For the unfamiliar, a mala (or japa mala) is a version of prayer beads used by Buddhists and Hindus, often to facilitate repetition of a mantra or simply to aid in focus during meditation.

At class, we each received materials for our malas, then did a short meditation to set an intention for ourselves, which would be “knotted into” the mala. At this point, we arranged the beads on our blankets into a pattern of our choosing. Our bead packets were similar, but arrangements were surprisingly different.

Next we had to get an entire skein of embroidery floss into an unknotted double strand. This was challenging for me, but fortunately the person next to me and the instructor were both very helpful. After inserting the “bead needle” and tying a knot at the far end, all 108 beads were threaded onto the floss. (Note to those over 40–do not even bother with your progressives, use reading glasses.)

Finally, we could move on to knotting. Beads were moved, about ten at a time, towards the knot, and a knot was tied as close as possible to the first bead. The next bead was pushed up against it and another knot tied. It was fairly straightforward, but not easy. It got less easy, as the already-knotted strand went through the in-progress knot opening each time, and that strand (obviously) just kept getting longer.

I was slow. My intention, however, was about acceptance, so I just accepted my slowness. Finally, all the beads were knotted in. Jessica then helped each person add a “guru bead” (to honor one’s teachers) and a tassel and form the 108 beads into a closed loop. She made this a great class and I think my mala came out quite well.