I expected I was going to ache in almost every muscle a day or so after Saturday’s adventure, and by Sunday night, many of my muscles were screaming at me. The hike on Saturday was a large part of it, but the drive TO the start of the hike from the Loterie Farm was enough of a workout in itself to give my upper body a pretty good going over. We rode straight uphill for a good 20 minutes or more on slatted wooden seats on the back of a truck. The second part bore only a passing resemblance to a paved road. We had to hold on pretty tight, working our abs and trying to keep our hands on the rope along the side of the truck, without gripping too hard, to stay in our seats.

St. Maarten is one of the islands I’ve been wanting to see for a long time and part of the reason for my interest in visiting the Caribbean. It’s part Dutch and part French, though there is no border control to go from one to the other. There’s a marker, and the flags of The Netherlands, France, and St. Maarten (St. Martin on the French side, but we landed on the Dutch side so I’m sticking with that). 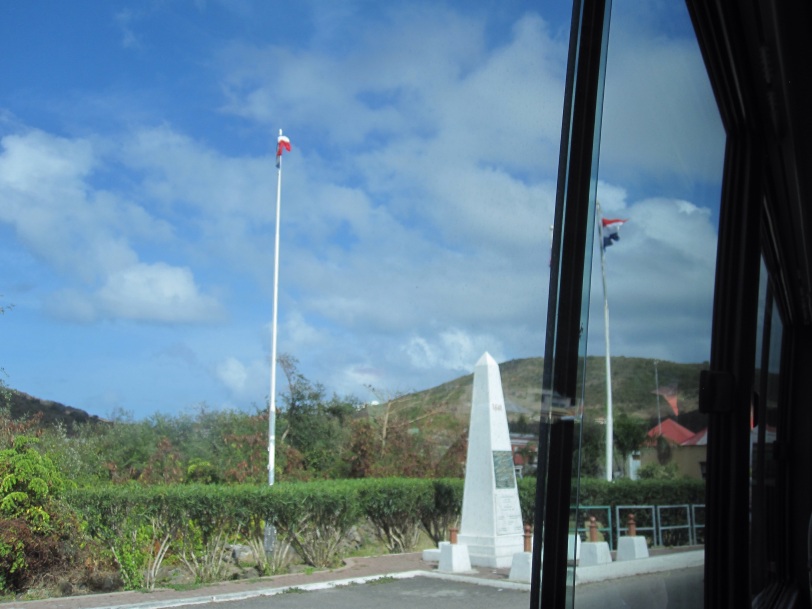 I think we picked the right excursion, a downhill trek from the top of the tallest hill here, Pic Paradis, which is 1,500 feet above sea level. It enabled us to get a great view of the island and the islands around it. This was a ship excursion, which meant our guide would meet us right at the dock. There were eight of us on the tour. The others were: two elderly men from the US; an Argentine woman and her young daughter, who was probably seven years old; and a young English woman with a young man who turned out to be Swiss. 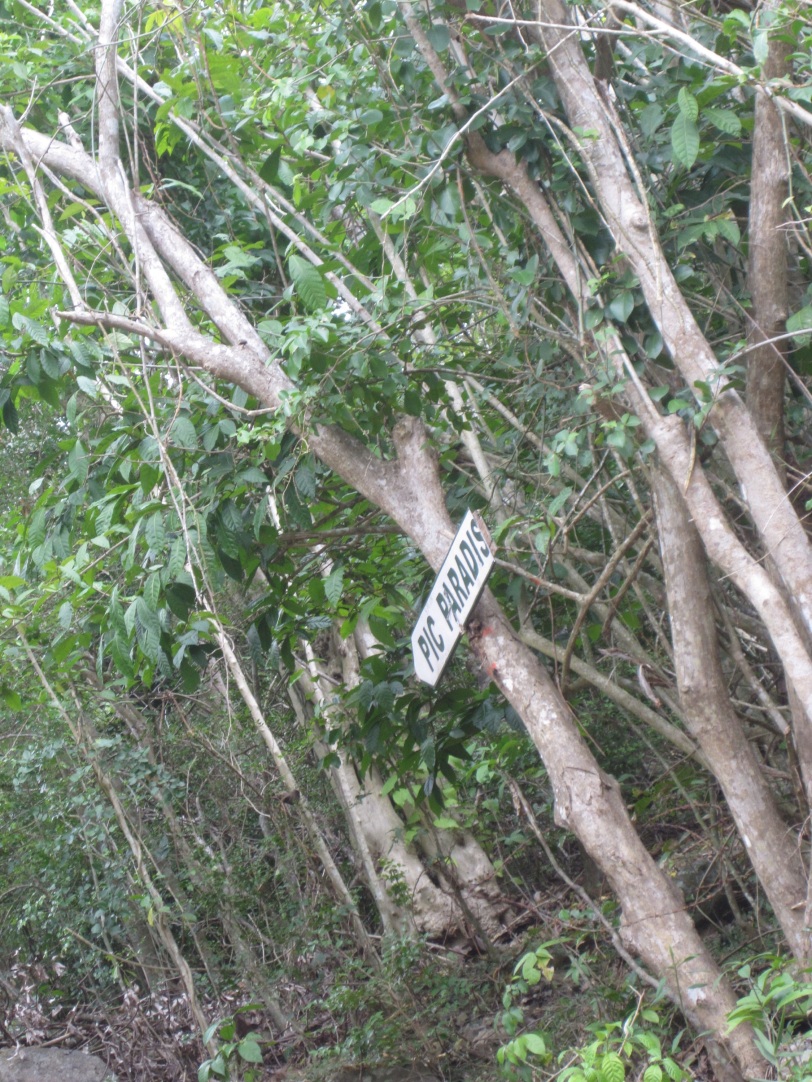 We drove up to Loterie Farm in an air-conditioned bus. Loterie Farm is a former plantation that was given over to sugar cane and housed around 600 slaves, and the current owner is endeavoring to return the area to its original state. There also a sort of resort, with a pool and restaurant. It looked kind of cool. The farm got its name from the original owner, who won it in a land grant lottery.

At the farm, we switched to the previously mentioned open-air truck. We were supplied with a bamboo pole for balance, and a bottle of water. We were going to be in rain forest, so we would sweat a lot. As I wrote, we drove steeply uphill for about 20 minutes or so, and then began our trek down, where there would be fruit punch awaiting us as our reward, with the option to lace it with rum. 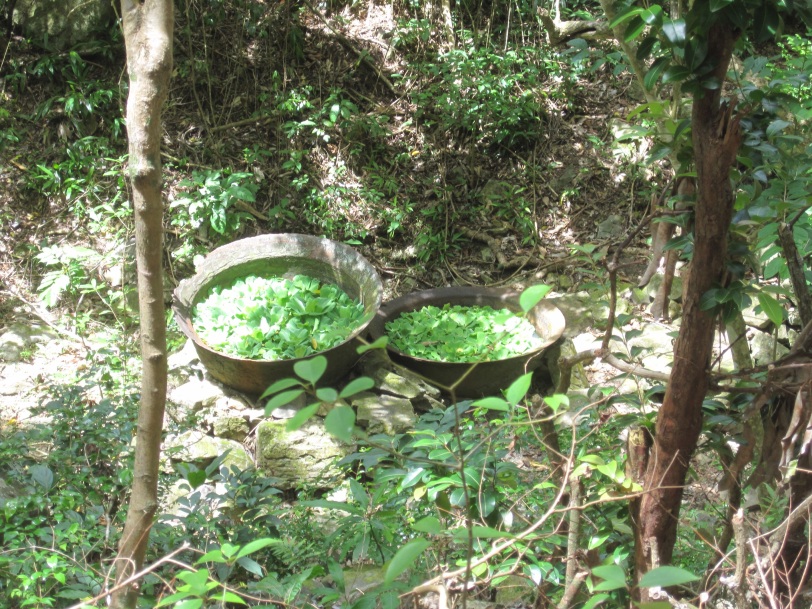 The trail was steep and treacherous in places, but not too bad on the whole, though it was vital to be aware and step carefully. In some places the rocks were loose or slick and in others the trail was sandy and slippery. As we went along, our guide pointed out the great variety of vegetation, including trees. I can’t remember most of them but I do know she showed us gum trees and limeberry and guavaberry bushes, and explained the value of many of the plants, sometimes medicinal, sometimes nutritional. I do recall that the various parts of the gum tree ha’ve numerous practical uses, not just the sap that is used as a gluing agent. We also stopped every so often to enjoy the views, which were quite lovely. The hike lasted about two hours.

﻿The hardest parts were at the beginning and end, though the little girl grew tired quite quickly, so her mother strove to distract her. Shortly before the end, one of the elderly men with us fell down twice and cut his elbow quite badly. We felt awful for him. I didn’t try to help because maintaining my own balance is hard enough, but the guide cleaned his wounds and the Swiss fellow helped him down the rest of the way. His spirits did seem to recover when we got to the end. I didn’t notice if he added rum to his drink but his companion poured a pretty healthy shot for himself!

Angie and I enjoyed the trek though I think we both felt like we got a decent workout even for mainly going downhill.

When we got back to the port we got a quick snack at one of the places our guide had recommended to us, and did a little shopping, but felt rather rushed, since it turns out that the shops and restaurants close at 6:00 (if they weren’t closed already) and everyone was eager to get done so they could celebrate the festival parade they were going to have that evening. I guess that when there’s only one cruise ship in town, and a small one at that, the merchants are not so bothered about staying open.

Once back on board, Angie and I decided to check out the BBQ dinner on the Lido deck instead of going to the main dining room as we have done every other night so far. The meat was disappointingly cold, though the flavor was decent, but a cold steak isn’t too appealing. It was nice to eat outside on the deck though, which is harder to do if one is at sea, since it gets too windy.

We ended our day with a low key evening, watching an old episode of Prime Suspect, a series that Angie had not seen before.