St. Kitts was the only island on this itinerary that was totally new to me, so I did some research to determine “what there is to see.” I found a few options, but nothing that seemed worth an entire day, or easy to get to without a rental car. We really wanted to avoid the rental car experience, as it adds a level of stress that is not conducive to cruise relaxation, so I surfed over to Cruise Critic for ideas.

As we discussed with one of our dining companions earlier in the voyage, Cruise Critic can be hilarious/ridiculous. It is, however, a tremendous source of information about ships and ports. A few tour operators were mentioned regularly on Cruise Critic for St. Kitts. I checked out some websites, and the one that stood out was Thenford Grey’s tour company. I chose the Grand Tour of St. Kitts and sent a booking request. I got a response within a few hours and emailed back to confirm that we would participate.

The night before we arrived in St. Kitts, I was a little confused about the meeting time for the tour. Not having Internet  access, I could not easily check time zone information. I went to the library and learned that Aruba is on Atlantic time, which is the same as Eastern time during the “daylight savings” portion of the year. We reasoned that St. Kitts might be the same, but decided to get off the ship early regardless. It turned out my conjecture was correct and we had some time to kill in the port area before our tour, but that was fine.

﻿Once tour time approached, we noted that people from both our ship and the Norwegian Pearl (parked “next door”) had gathered in our area and been tagged with brown Tyvek bracelets. People were called by name and then taken off to small buses, so clearly many people had booked with this company. After everyone else had been called and dispatched, Mr. Grey asked everyone else who was left that had booked with Grey’s Tours to come with him. We got to go on the bus with Thenford Grey himself as our guide!

﻿The tour started with some of the sights in the town of Basseterre and some history. We then drove along the coast, catching some views of nearby Nevis, part of the Federation of St. Christopher (Kitts) and Nevis. The day and the scenery were fantastic. 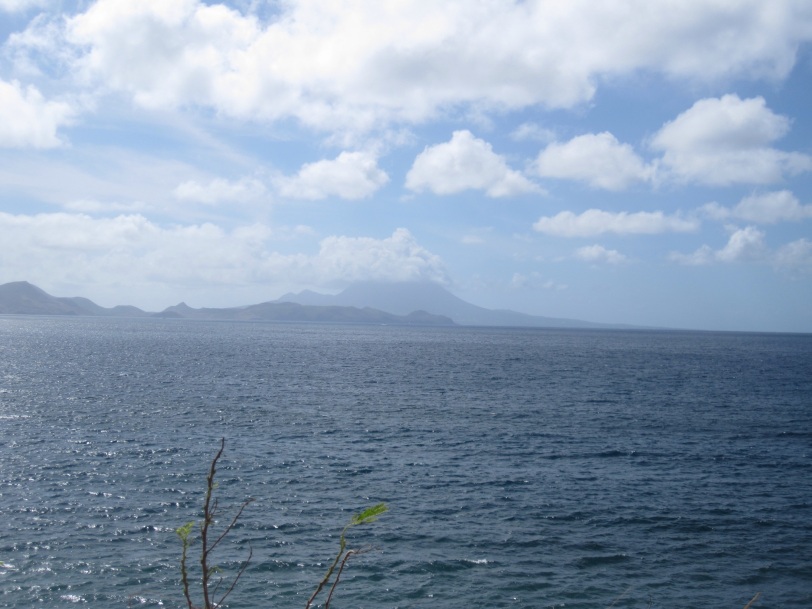 ﻿After a bit of driving, we stopped for a tour of the gardens at Romney Manor, which are quite beautiful.

﻿Also on the grounds is Caribelle Batik. Here we saw a demonstration of the batik process and had the opportunity (which we took) to exchange dollars for batik souvenirs.

Leaving Romney Manor, we headed for the Brimstone Fortress. The drive up to the fortress was interesting, shall we say, and left no mystery as to why all the buses are small buses. There are at least two narrow stone gateways–at switchbacks–that barely accommodate the small buses, with two and three point turns. We were fortunate to see an example of the local green vervet monkey on the way up (and back).

The fortress itself is ABF–another bloody fortress. The layered construction, allowing for the use of different types of arms from different levels, is interesting, but the real star here is the view.

After the fortress, we retraced our steps back down the hill and almost to the pier, then turned and went out to a resort area. As is typical of the islands we visited, much of the drive passes through areas of abject poverty on the way to (and sometimes below) luxurious retreats for the wealthy. We stopped at a beach resort, where tour participants could have a brief or longer visit. We chose the brief visit, but still had enough time to wade in the water (almost burning our feet on the sand getting there) and take some more photos. 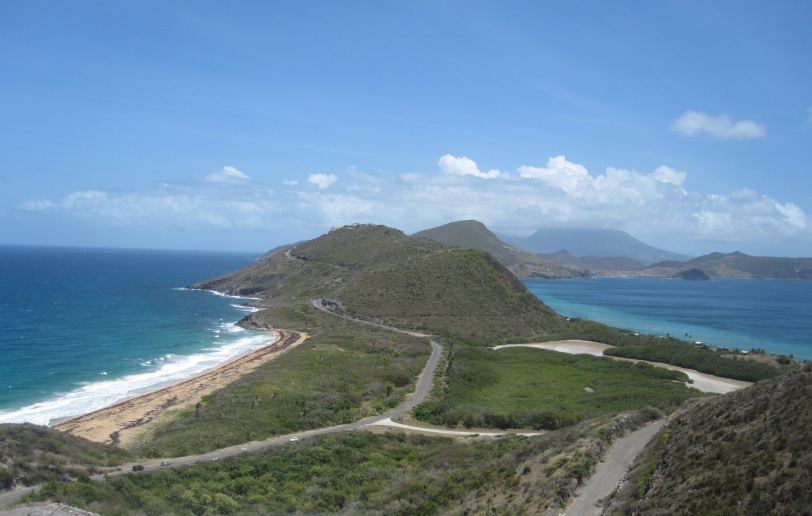 ﻿Mr. Grey then returned us to the port. After thanking him, we looked for a place to access wifi. We found an outdoor bar and bought the obligatory beverages to get wifi. Afterwards we popped into the duty-free shop for a couple more bottles of liquor, then made our way back to the ship in time for afternoon tea.

A leisurely meal in the Rotterdam Dining Room and Prime Suspect on the DVD player completed another lovely day in the Caribbean.