Disclaimer: NOT a new experience.
I had a little emotional crash before I went riding today. I’ve been working at many things, and they all seem to be progressing at the speed of cold molasses. Looking for steady work, moving forward on the business, getting the house and files in order… There’s movement on all fronts, but nothing is yet close to fruition (except maybe the house). And to top that all off, the main bicycle route from our house to the bike route that leads to Lake Pueblo is blocked by construction. This means a couple extra miles of riding on less than ideal roads to get to the trail, which is just not practical for most weekday rides. So there was a little meltdown. I ultimately decided to take my mountain bike out to the lake, while Maureen went for a ride in town, since she needed to get back to work more promptly.

I did a little reconnaissance on my way, confirming that the paved trail within Lake Pueblo State Park is currently unpaved and under construction. The road is also under construction, so riding on pavement within the park is currently a no-go. Happily, they seemed to be working diligently on both projects, so hopefully they will get everything re-paved before the peak tourist (and bike touring) season. To be clear, bike tourists generally just enter from the south and go to the south (Arkansas Point) campground and that route is fine.

I made my way to the “red gate” parking area (you can see a map of the trails here) and got ready to ride. Yes, in shorts. I did wear a long-sleeved jersey and wind vest, as it was a cloudy 60 degrees. I checked out the beginner Arkansas Point trail, which is quite rideable (if rocky) double-track that transitions into single track with some exposure as one approaches the point. 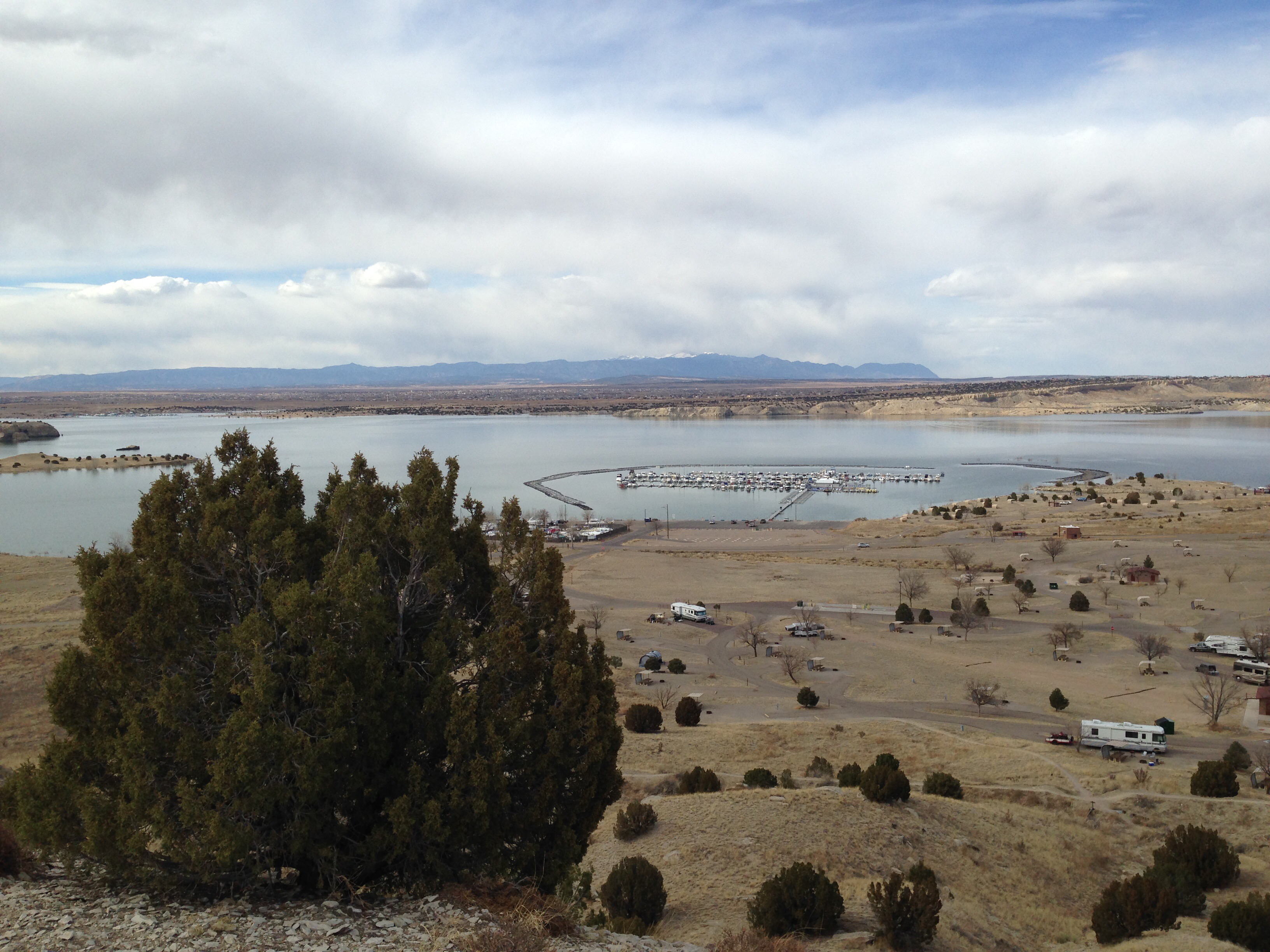 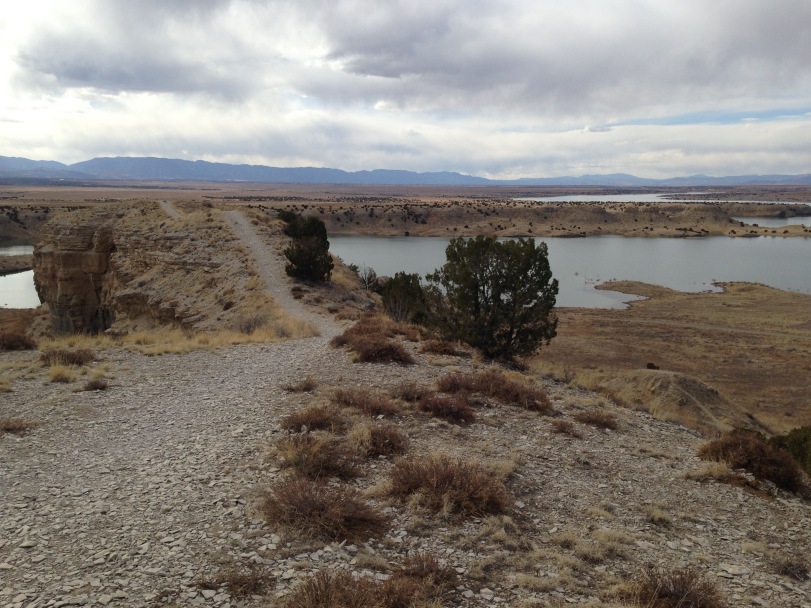 I then went back to explore the other green trail, Skull Ridge. It was similar. 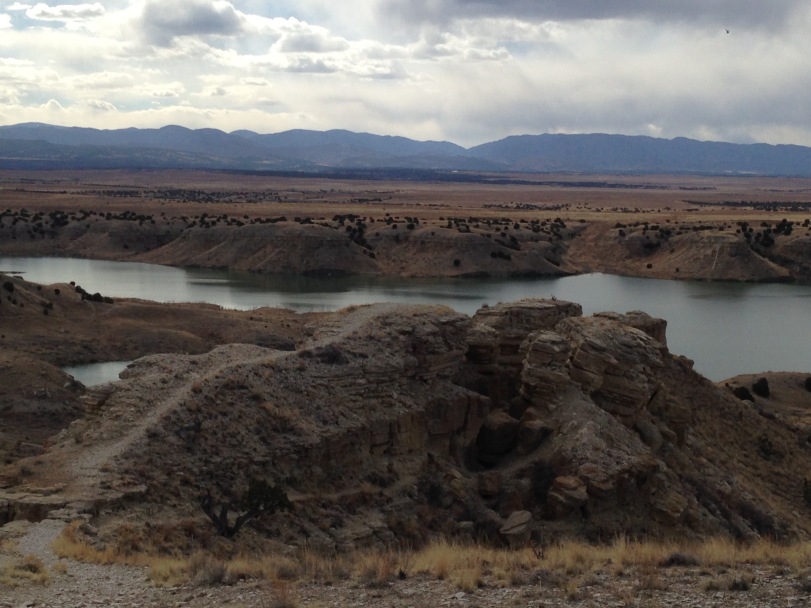 Next, I tried to follow The Duke down to Conduit, but it was steep (yep, I hiked both directions) and had quite a few weeds and tumbleweeds, so I abandoned.

Across from The Duke is a trail aptly named Rollercoaster. I was enjoying this intermediate trail, but I apparently misjudged my ability on one of the descents (all of which were followed by ascents, so maintaining momentum was important). You guessed it, I crashed. I went down hard, hitting my left hip and elbow. (I’m mostly fine, just bruised.) After I got over the shock of the impact, I got up, dusted myself off and thought about what to do next. I tried not to dwell too much on what would have happened if I had been badly hurt. I decided to keep riding.

I knew that if I just went back to the car, it would be much harder to get out on the mountain bike the next time. I thought about fear during the rest of the ride and on the trip home. Looking for work and trying to start a business and being in a new town all mean facing fears every day. Facing fear in a physical situation, failing, then getting up, dusting myself off and starting again, made me realize that’s just what has to be done. Sometimes, when we’re pushing our own limits, we’re going to crash. And that’s OK.